Football club Tatra is from Kisač, place in the vicinity of Novi Sad. Club is founded in 1929. They curently plays in the GFL Novi Sad (city league), which is six rank of competition in Serbia. This place has a Slovak ethnic majority and because that club has a name as some clubs in Slovakia. Their stadium is located in the main street beside the park. Fenced and has a gate above which is written the name of the club. I personally like it when there is such a gate. There is only one small wooden stands that originated from long time ago with pillars that hold the roof and disturb watching events on the pitch. Such stands are far as I know, constructed before fifty to sixty years (when is made Craven Cottage?). Ok, the club is long established, and it is not the only one with a similar stand. Something like this stands have Bačka and Obilić. But certainly when you are inside the ground you feel that you are on a football stadium, despite the fact that there is not much stands. I love it... 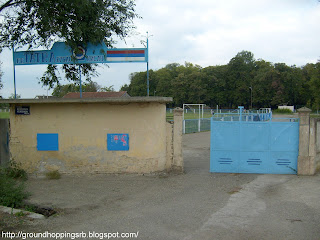 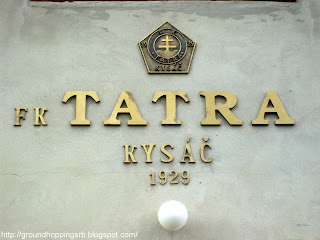 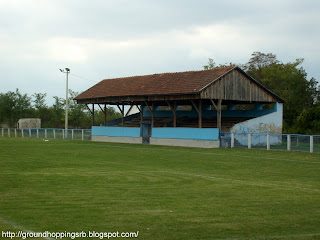 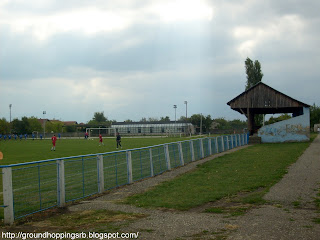 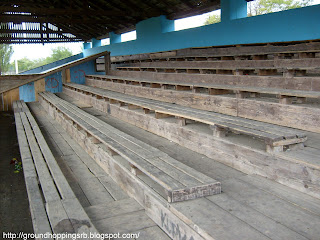 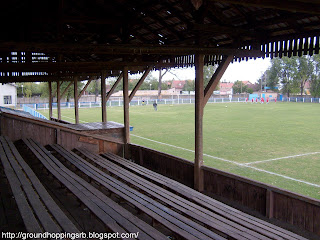 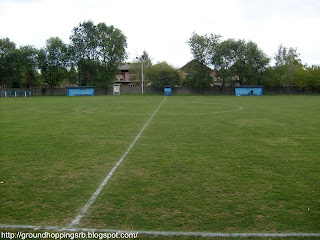 If you want to see something interestingly, look at this picture below! I read about this game before I think two years, that were impossible conditions for play and that the lines are marked in the pitch not to go through the mud...