Novi Kneževac is a place with about 7.500 inhabitants. Until a few years ago there were two football clubs, Obilić and Novi Kneževac. Nowadays there are only FK Obilić, which was established back in 1930th.  They play their home matches at the stadium "Obilić", which has one stand. That stand was built in 1952. and it seems to me nothing has changed on it since then! Immediately on the entrance on the right side is the cafe, from which garden can also watch the games with your favorite drink on the table.
This was the match of the Vojvodina League East which is fourth rank of competition. Fight for survival. On notice of the match and on tickets for the match write that this match a group North (Sever), but the league is so called a few years ago and is simply unbelievable that still then there are stocks of printed tickets! Anyway, admission was 100din (1€). At the beginning of the game were about sixty spectators. I heard that day were two weddings in town, otherwise would have been more people on the game. 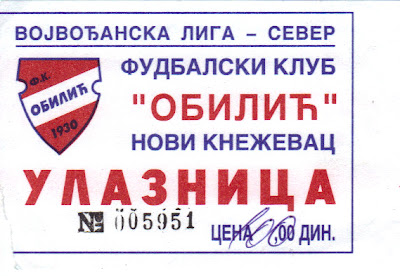 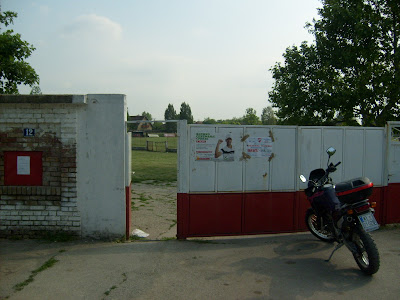 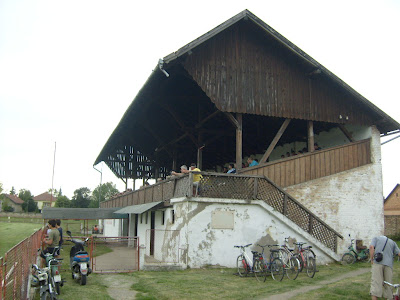 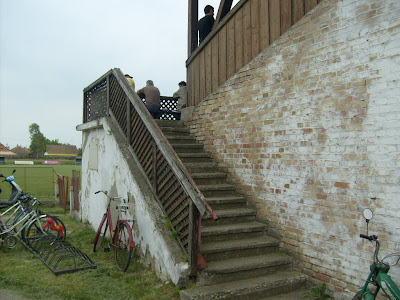 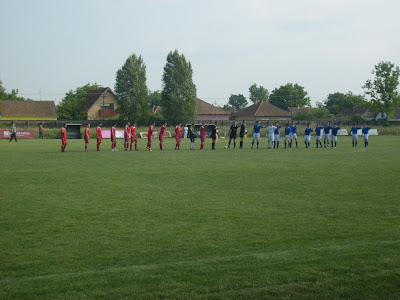 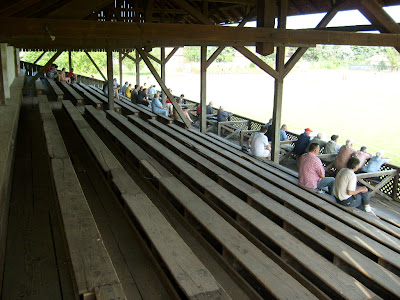 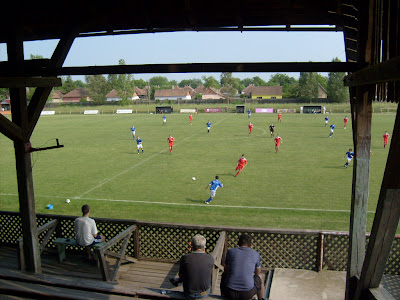 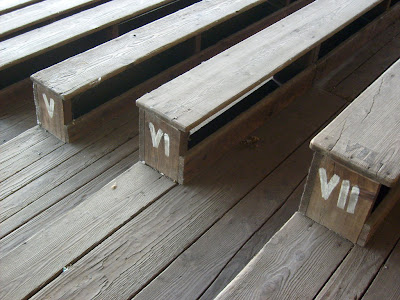 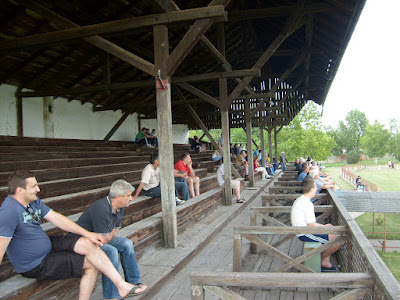 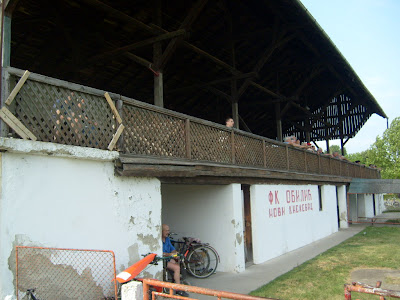 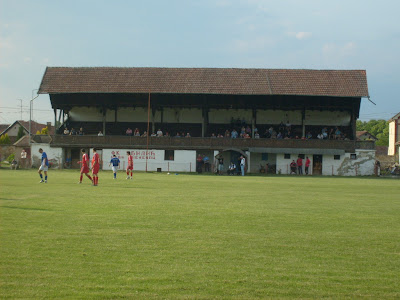 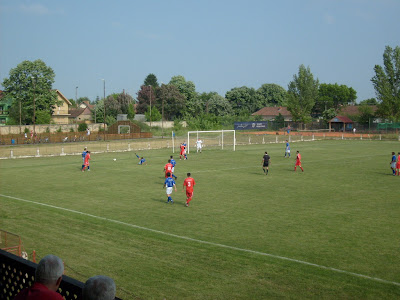 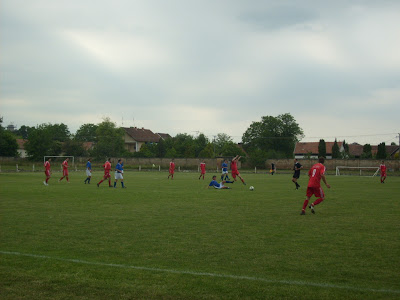 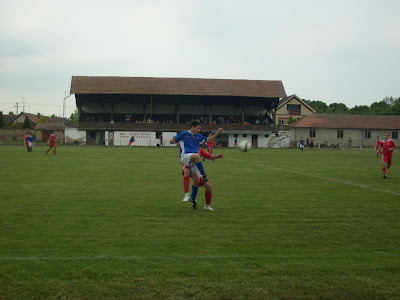 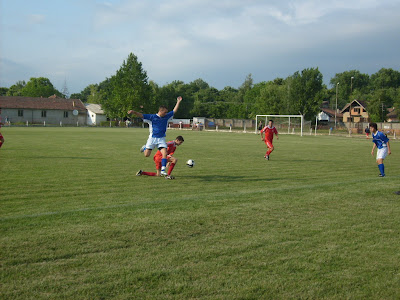 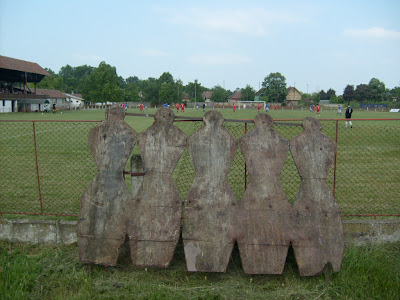 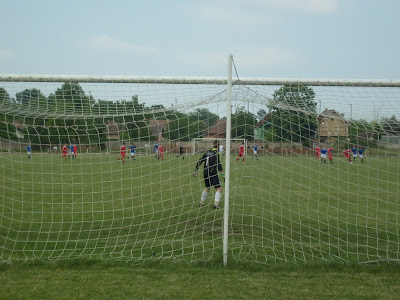 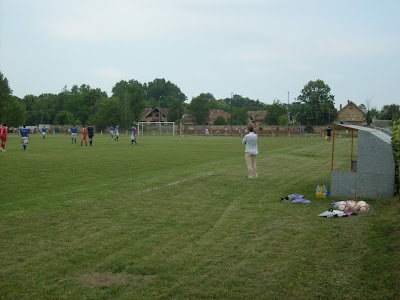 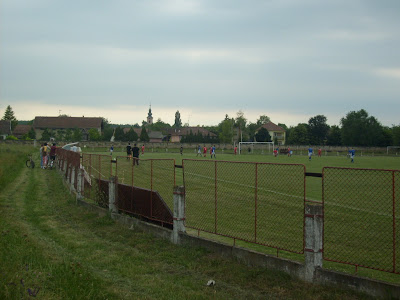 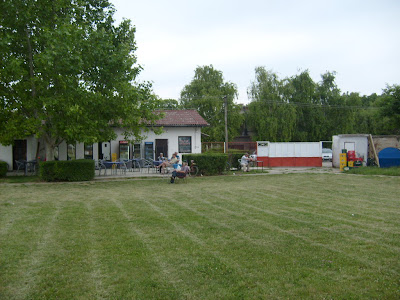