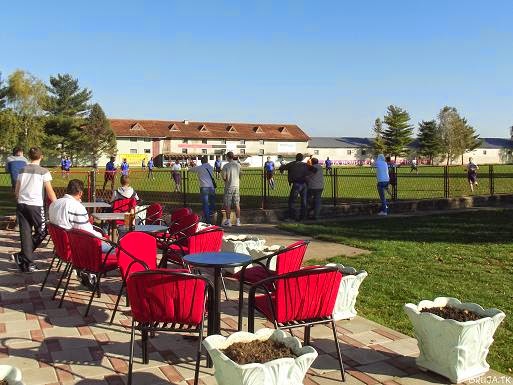 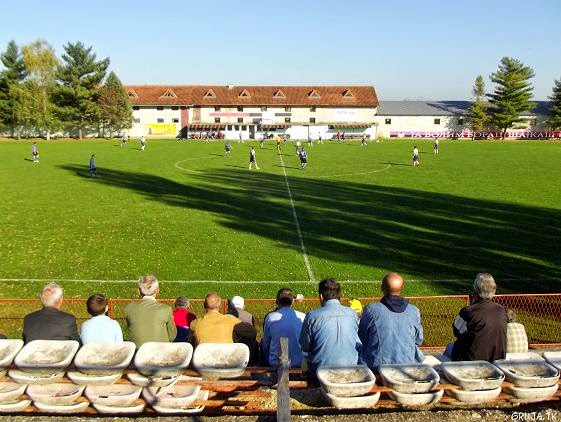 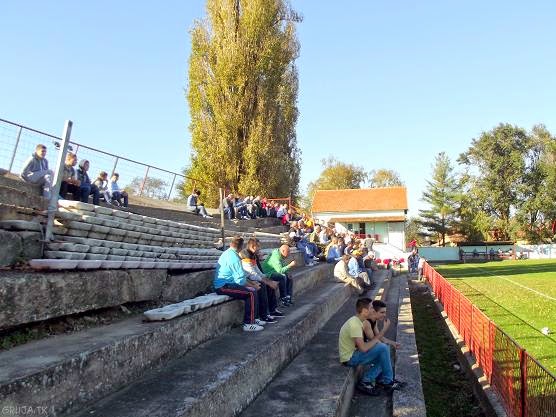 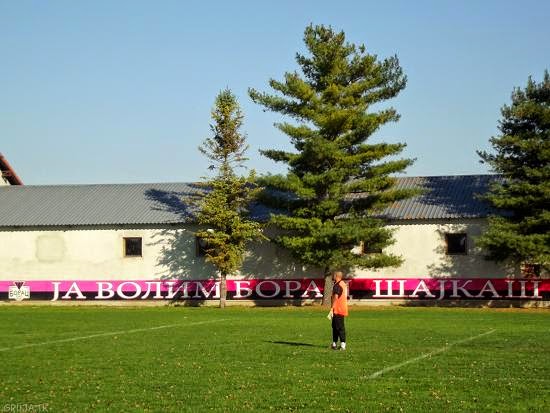 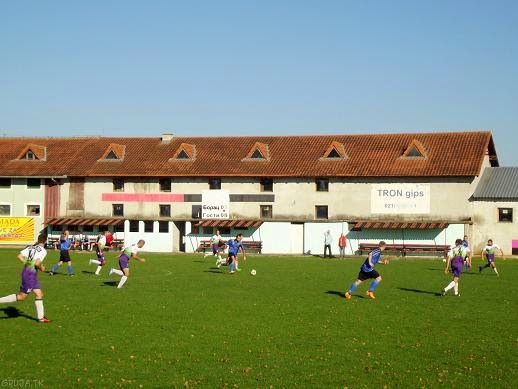 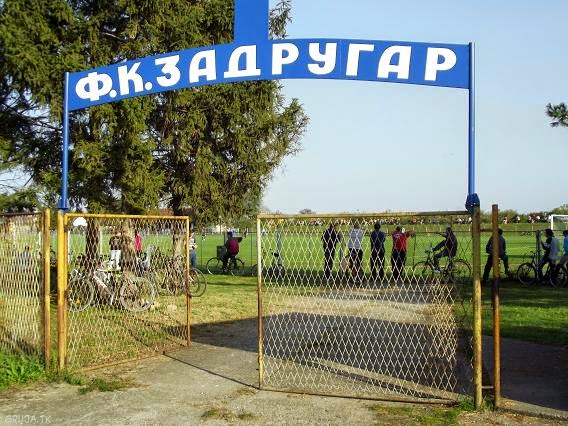 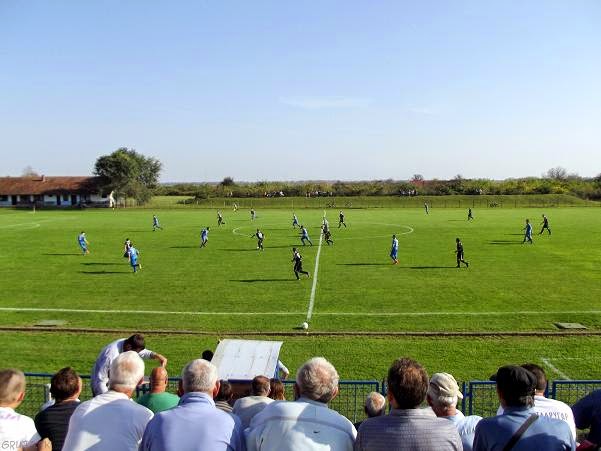 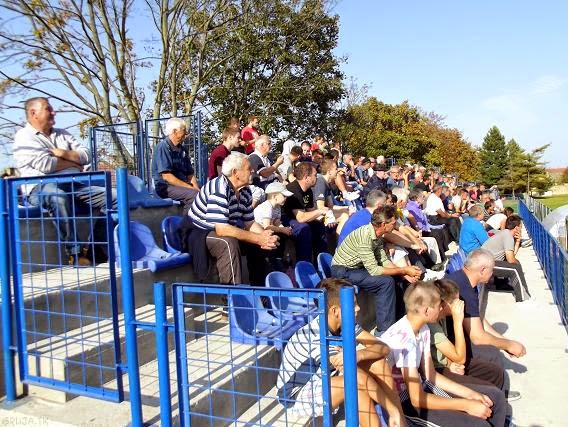 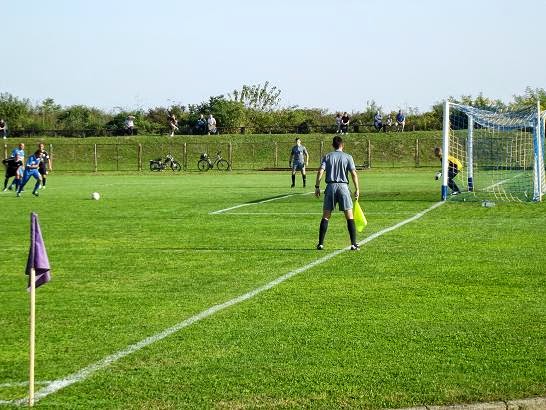 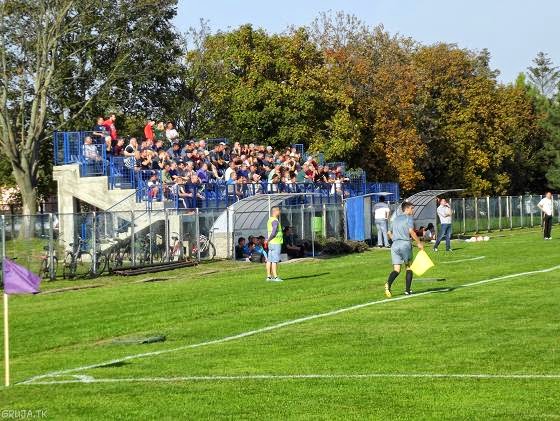 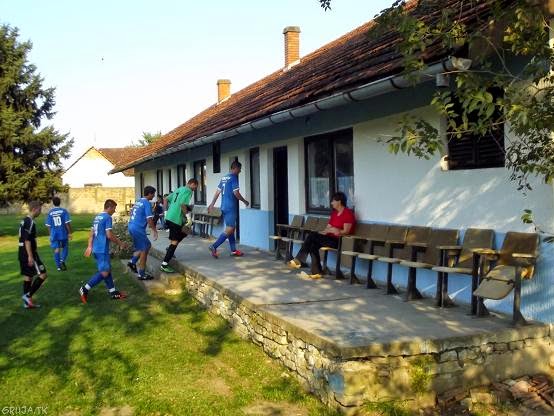 The village Padina is located in the municipality Kovačica in southern Banat, around 35 km from Pančevo. While there are etno museums and wells worth visiting, my goal was a local stadium.
The first football club in Padina was established 1938 and was named FK Janošik It has changed its name to FK Tatra and once more in 1962 when he got the current name FK Dolina. Location of stadium is at the center of the village since the sixties. In 1974 was built a new football field, which today makes a nice part of the Sports center Dolina. The greatest success of the club in the long history is playing in the second league last season. The club currently plays in the Srpska liga Vojvodina, which is third rank of competition in Serbia. The stadium has a concrete stand, which at today's match was quite full, with regard to current conditions in the domestic football. And the visitor does not have to worry about food and drink There is a great barbecue near the stadium. 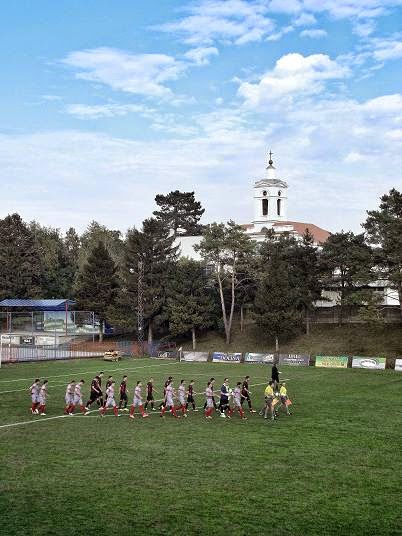 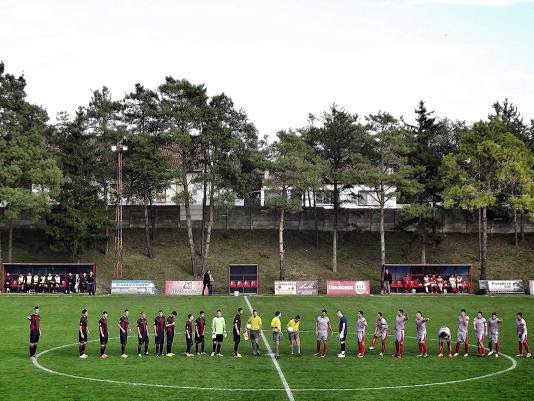 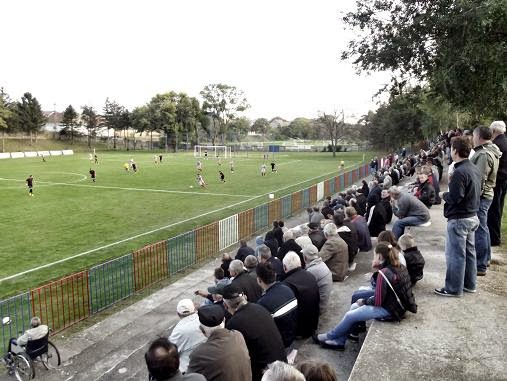 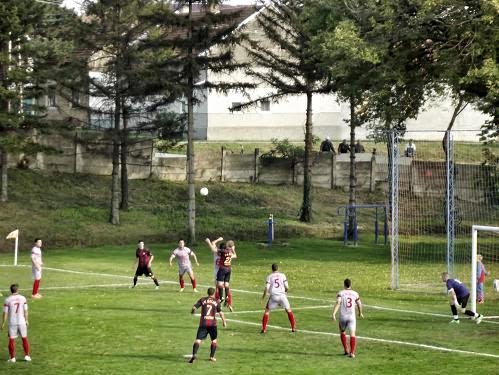 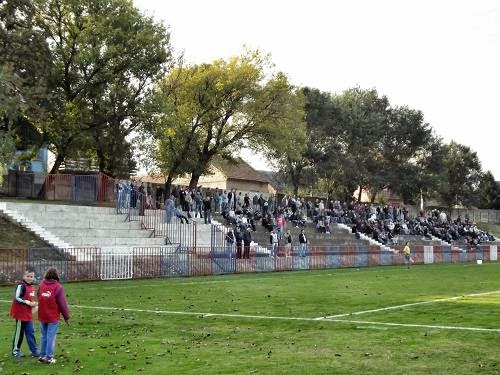 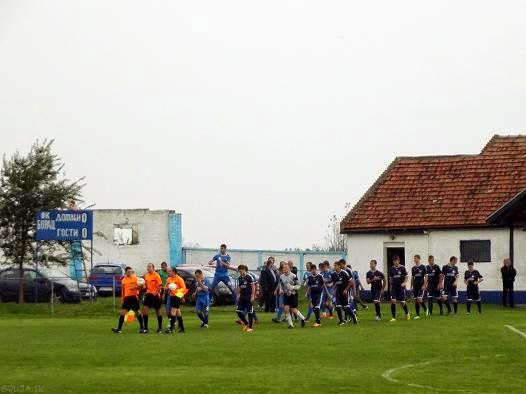 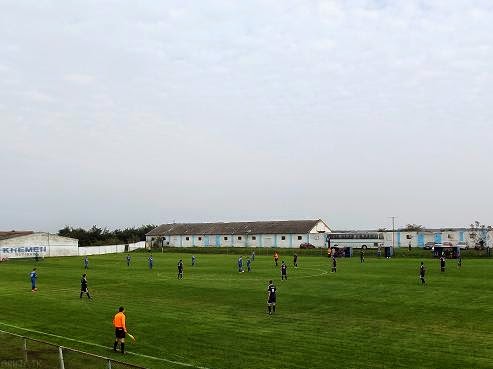 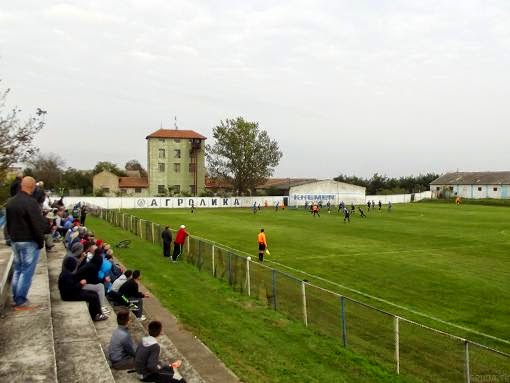 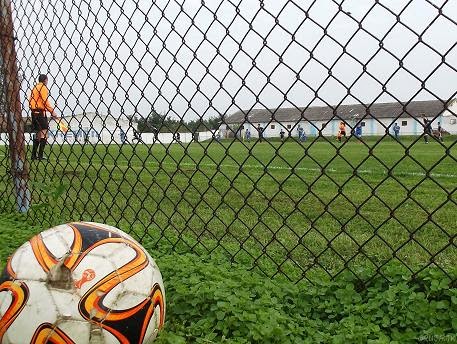 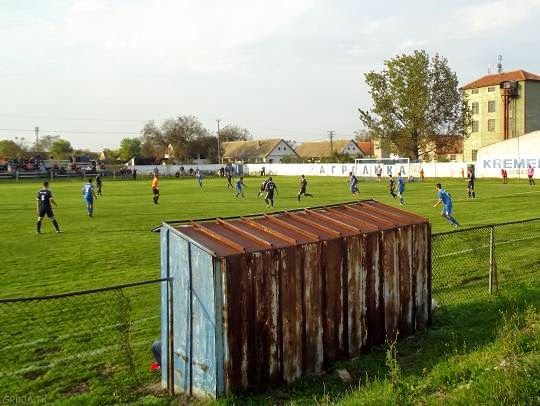