Bački Jarak is the place in the municipality Temerin, some 15 km from Novi Sad. FK Mladost is football club from there and curently plays in the Srpska liga "Vojvodina", which is third tier in Serbian football. Their biggest success was in the mid nineties when they were able to play two seasons in the highest rank of the competition. The club plays home matches at the stadium "Livadica", which is located on the main road, next to city bus station and local ethno house. Tickets for matches can be bought at the stadium gate on the day of the match and the price is 100 rsd (1€).
Derby of round was definitely this match between the fiercest rivals. Local derby match of high risk A large number of visitors, good atmosphere, very cold weather and the least popular result at the end. 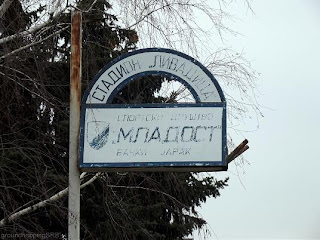 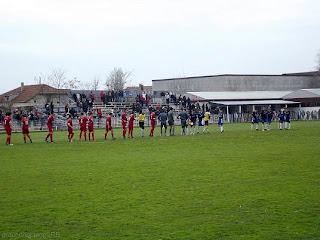 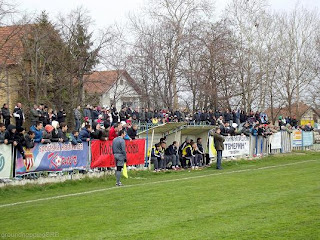 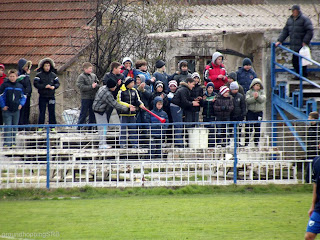 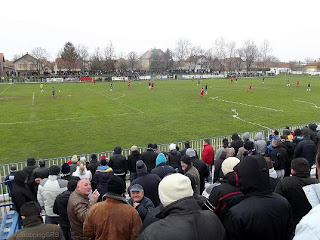 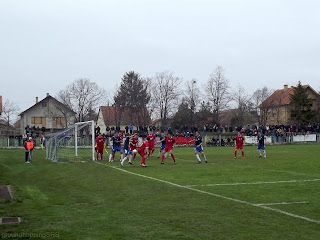 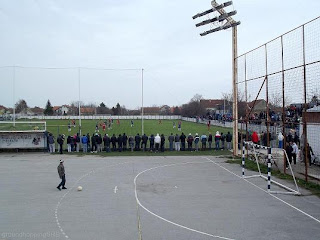 City of Niš is the crossroads of the most important Balkan and European traffic routes. The territory of the City is intersected by three important directions of international road and railway traffic – several roads that connect the Balkans with Central and Western Europe, including Corridor 10, and the axis which connects the Adriatic, Aegean and Black Sea. It is situated 235 kilometers south from Belgrade and 155 kilometers east from Sofia.
At the entrance to the city is located the airport "Constantine the great" with flights only to Podgorica, Montenegro. Bus and railway station are located on the north side of the river Nišava which flows through the city within 10 minutes walk from the city center. With further 10 minute walk will take you to the park Čair where is the main city stadium. Stadium "Čair" opened in 1963. and in him has not been invested the last 30 years. The first reconstruction was conducted in the eighties when is covered grandstand, made ​​lodges in the west, installed a modern loudspeakers and floodlights. The stadium currently undergoing a complete reconstruction, and when it is finished, it should meet all the FIFA criteria, with capacity of 18,151 seats. Tickets for Radnički matches can be bought at the ticket office at Čair hall, which is located directly next to the stadium. In this season ticket prices is 150 rsd (€1.5) for seats behind the goal and 300 rsd (€3) for a seat at one of the sides. Is important to mention that in the boulevard next to the stadium there are several great fast food shops, of course on the menu are specialties from the grill.
Football club Radnički was established 1923. Placement in the first league has been realized in 1962 and since then has been constantly on the see-saw between the two highest-rank and 1982 has achieved its greatest success, reaching the semi-finals of the UEFA Cup, in the golden period of the club in the eighties of last century.
Today's match was not bringing much excitement. There was no chance to the only goal in 78.minute after which the players are a little feel relieved but it was already too late. For every compliment were the home fans "Meraklije", guys who cheered the whole game, no matter what their players were not at a high level. 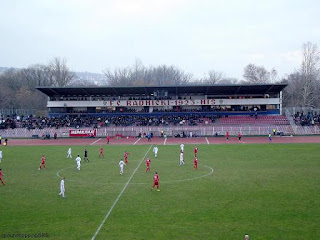 Other pictures can be seen here.
Also on the same day in Niš I visited two more stadiums, "Stadion kraj pruge" and "Delijski Vis".

ŽFK Mašinac is women's football club from Niš, Serbia. The club was founded in September 1970. It is the most successful women´s football club in the former Yugoslavia and in the southeast of Europe. In 1987 the club moved to a new location "Delijski Vis" which became their home. The stadium was renovated in 2008, with modern changing rooms, showers, rooms for protocol, so now have 1,500 seats for viewers and club restaurant at the top of the stands. It is still under construction, but such is eligible to play in the second rank of the competition so they been used by another men´s clubs in past years. 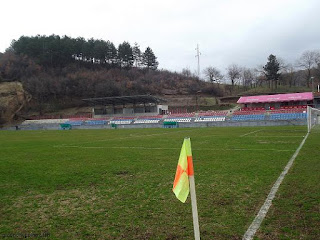 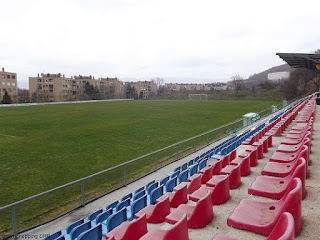 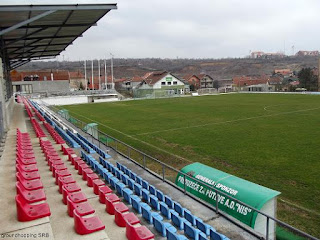 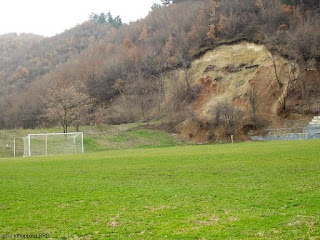 FK Železničar is football club from Niš, Serbia. The club was formed in 1928, but it was dissolved in 2009. In 2011 club was rebuilt and started a competition from the lowest rank. Curently plays in First Niš league, which is fifth rank of competition in Serbia. In 1946 the club was for a short period renamed into 14.Oktobar, when was promoted into the Yugoslav First league where he played only one season. Their home stadium is "Stadion kraj pruge" located in the park Čair. It is a stadium that was that during the First World War built in British style, with one wooden stand, which is renovated in 2011 along with changing rooms and a roof. In the end, I was delighted with inscription on the stand "If the audience does not come to us, why we are all here". 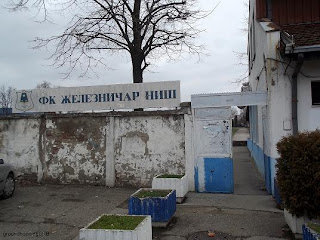 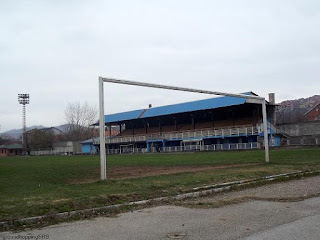 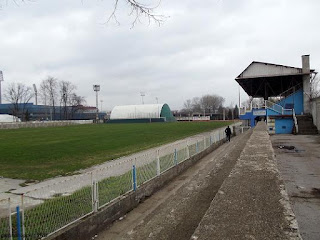 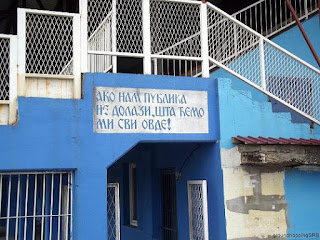