I decided for Sunday to be present at three stadiums or three matches. How is this possible? Difficult or impossible, if you want to watch the whole game. Since the difference in starting time was half an hour I managed to look only per half time or less.
The first match was this in village Đurđin, near Subotica in the city league, which is the sixth ranking competitions in Serbia. Football club in this village was founded somewhere in the sixties of last century. FK Đurđin always played in the lowest ranks of the competition. I do not have the exact data but I know that they succeeded to win the municipality cup. Their stadium have one stand, the construction of the iron and wooden slats, for this village and league that is enough. For them playing the local kids which is well, and for the guests from Subotica, it seems to me, not a single player under thirty years or more. Otherwise Solid has its own stadium where playing and other teams and picture you can see here. 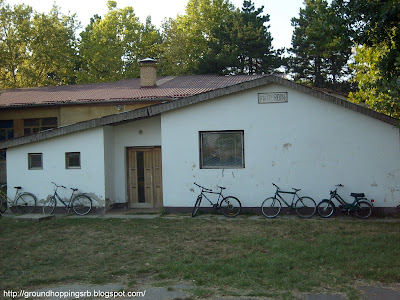 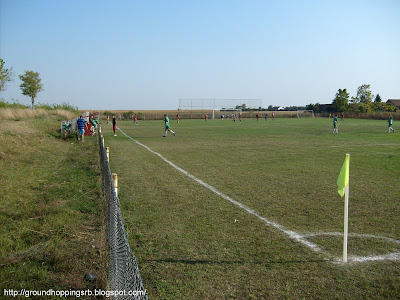 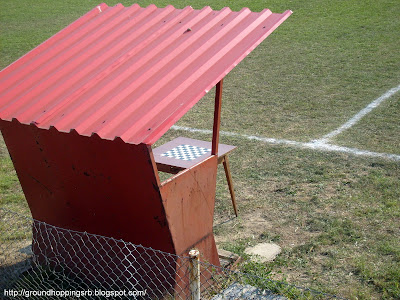 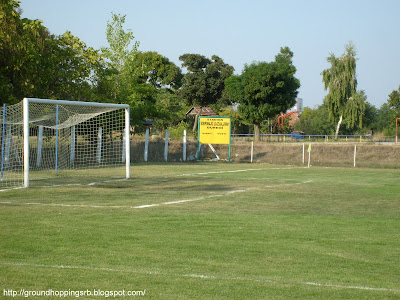 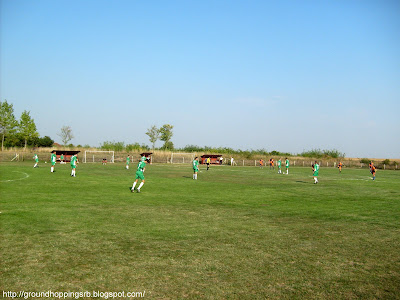 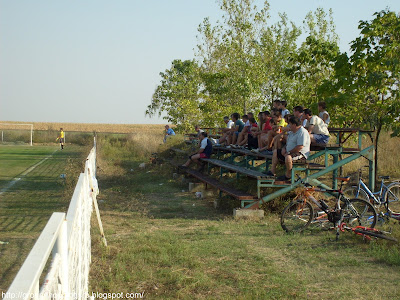 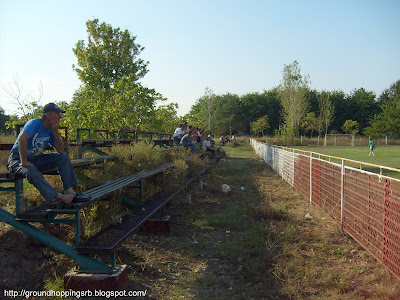 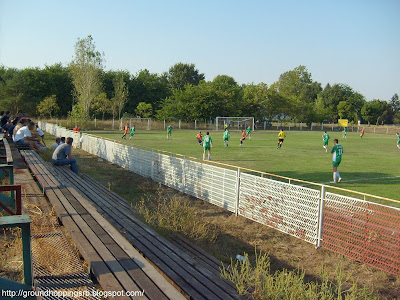