Wednesday. What man could do when he is on vacation. To see some football. After lunch I decided to go with car to this match in the 130 km away Zrenjanin. Zrenjanin is the largest city in Banat district and the sixth largest city of Serbia. I think such a great city deserves a premiership (superleague) club. It was the home town of FK Proleter from 1947 until 2005. Today, FK Banat plays its games at town´s stadium in Karađorđev Park. FK Banat founded in 2006, when Budućnost from Banatski Dvor and Proleter merged. After three seasons in the first rank of competition, playing third season in the second rank of the competition, which is called first Serbia league. This stadium in Karađorđev Park have a capacity of 13500 seats or a total of about 18000 spectators. He was released in a function in 1954, and has been reconstructed in 1967. Seats were placed on the east and the west stand, which is only partially covered. At the stadium scoreboard is digital, which of course did not work today. It is interesting that the players on the pitch coming from an underground tunnel. It was expected more in this match, but there was almost no chance for goal. And what is the rarity, only two corners (first in 81.minute!) both for guests. Regardless of the result It was my pleasure to come to this stadium. I forgot to say that the admission was free, so I always somehow feel sorry because I do not have precious piece of paper in the possession, a ticket. 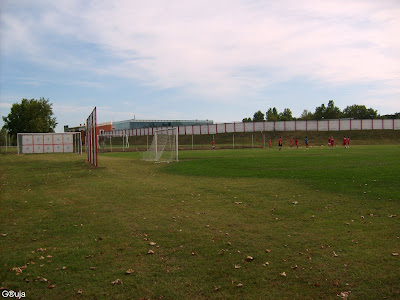 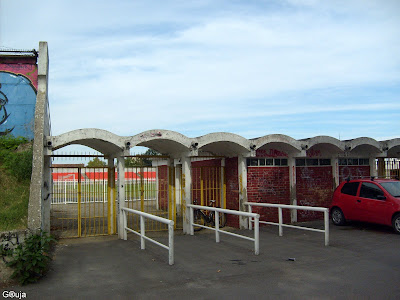 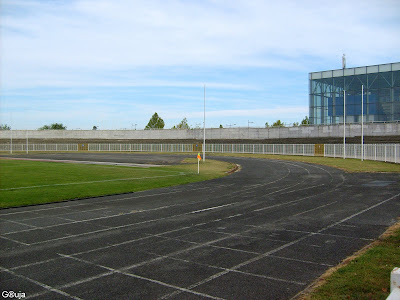 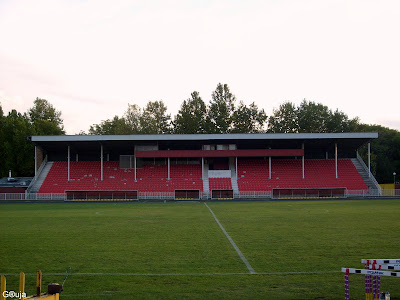 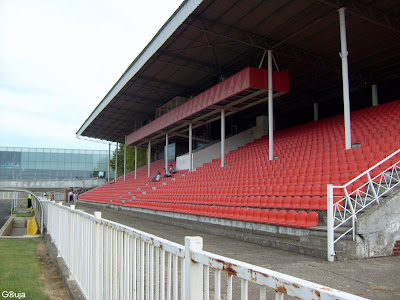 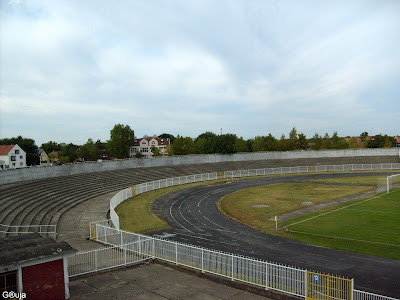 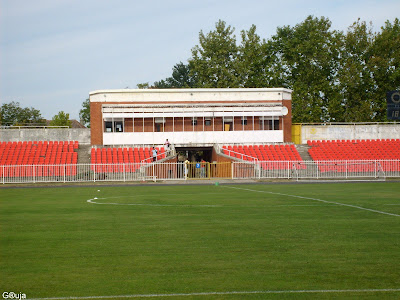 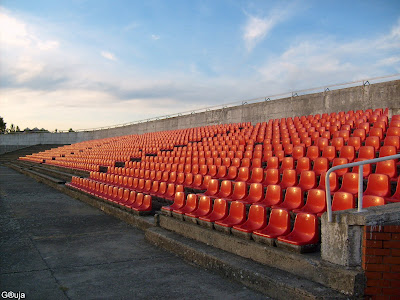 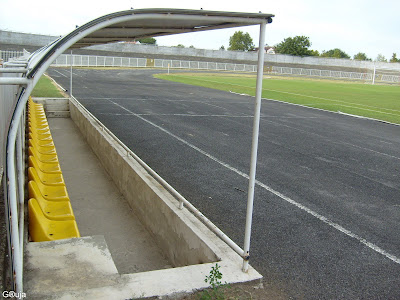 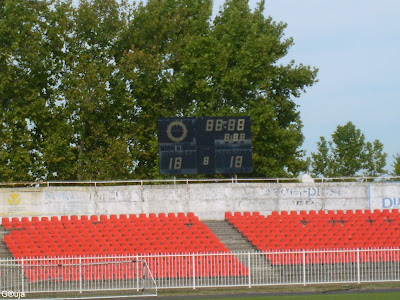 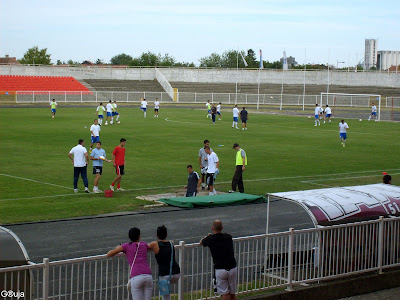 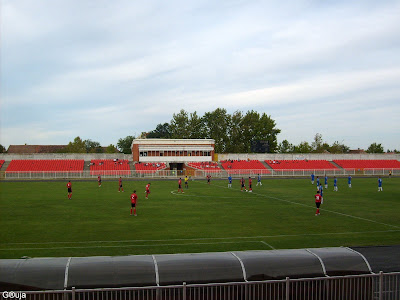