Kanjiža is a town and municipality with population of 10.000 inhabitants. Football club Potisje is old club, founded in 1919. During the last few years they are in a crisis situation, so no wonder they are in last place at the table. This was a regional league match of Subotica (PFL Subotica), and ticket for the match has cost 100 dinars (1 euro). The stadium has one stand on the west side. Behind the goal on the north side, is the club building with changing rooms and a buffet, while behind the goal on the south side is additional field. Behind the dugouts on the east side, and behind the stands on the west, is the characteristic red fence. Potisje is name of the whole region around the river Tisa, but Potisje is also local factory for the making roof tiles and a fence is made ​​of them. 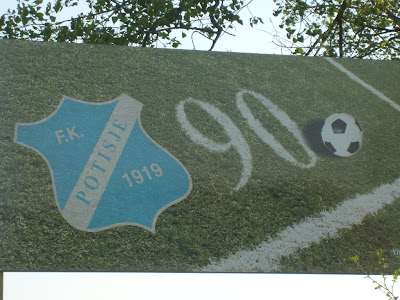 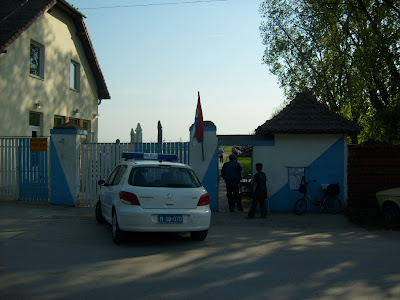 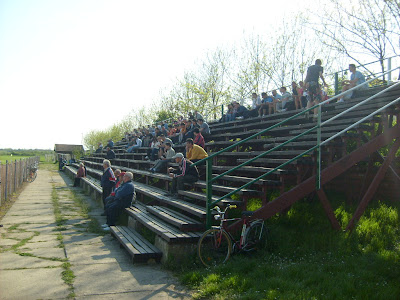 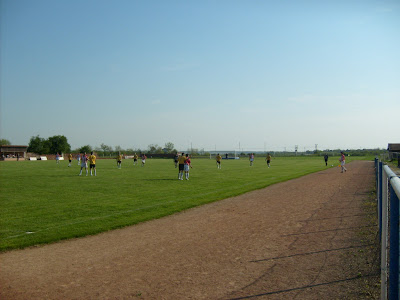 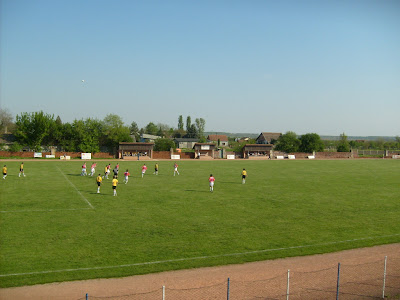 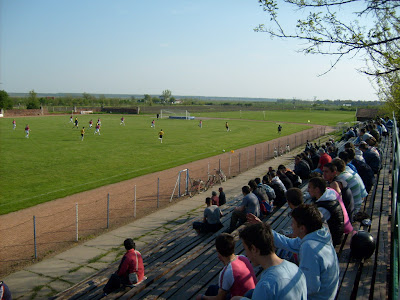 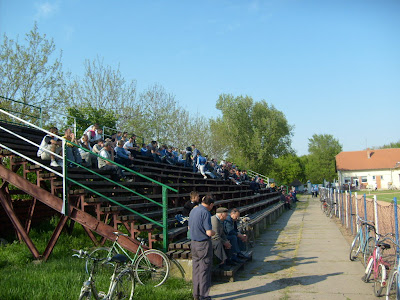 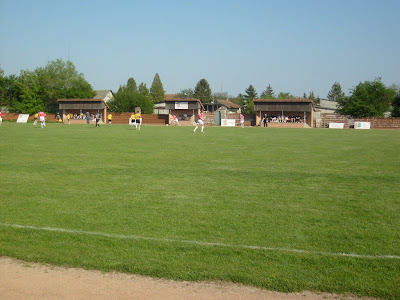 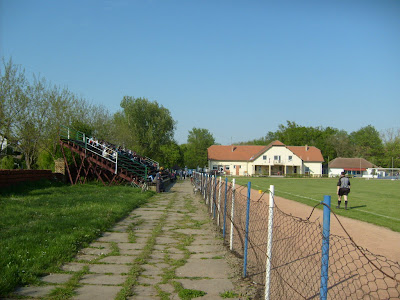 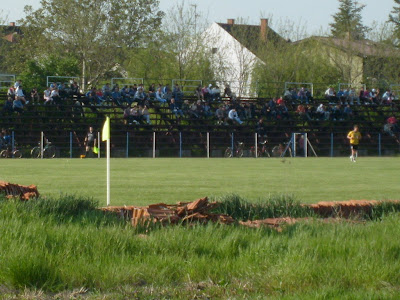 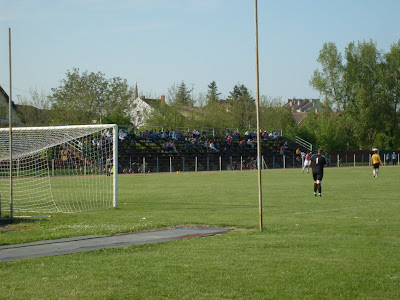 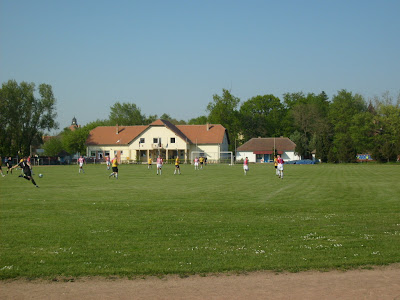 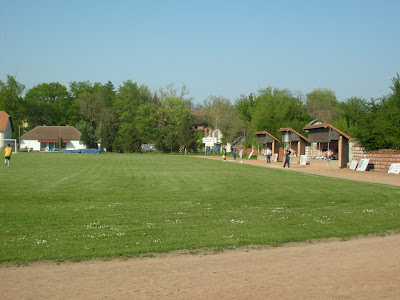