Welcome to the city of beer! 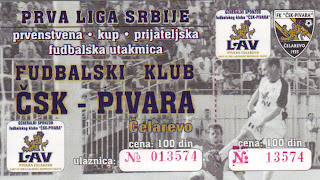 It is waited - autumn derby in third league. Čelarevo was certainly the center of public attention to football this weekend. The second on the first. Guests with the three extra points, three consecutive household and undefeated comes in the city of beer. Čelarevo is truly the city of beer. It is a village in the municipality of Bačka Palanka with more than 5,000 inhabitants. Brewery in this place is there since 1892. Today Pivara Čelarevo it is part of Carlsberg and most famous beer "Lav" is one of the most popular in Serbia. They are also sponsors of the club. 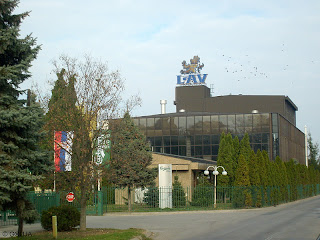 The club was formed in 1925 as ČOSK. After several name changes (Radnički, Podunavlje) in 1953 club got its name ČSK. The greatest successes of the club are playing in the second rank of competition in the period from 1998 to 2001 and the second time from 2005 to 2010. Their football ground is very nice. It is located next to the cemetery, very near to the center and brewery. On the west is one great stand with 1,500 seats. In the complex besides main pitch which is great and quality there is an auxiliary pitch, and dressing rooms with a restaurant that is on service for viewers. On the menu is the beer of course.
However, the match between ČSK and Radnički from Nova Pazova not brought as much excitement as expected. The two perhaps the best team in the league, match have finished goalless, although the hosts went into the match considerably weakened without four players. Admission was only 100rsd (1€) and there is still quite a few people, just about two hundred. And you notice the ticket was printed back in time when the club was in a second league. 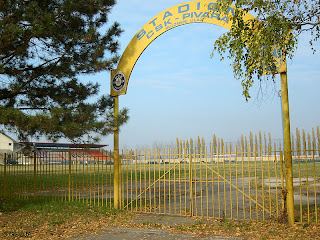 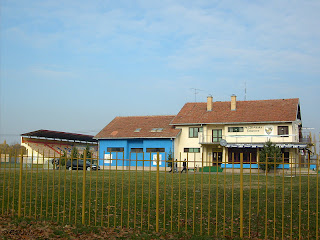 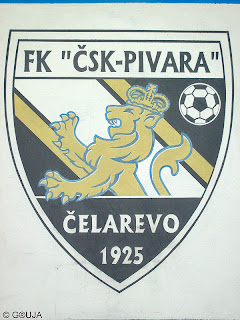 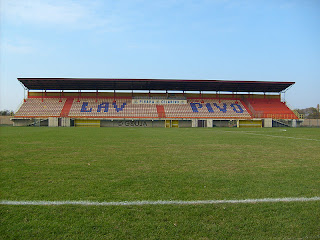 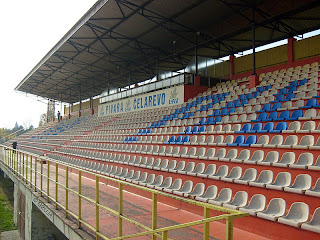 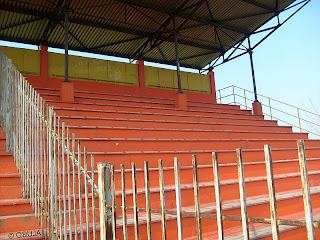 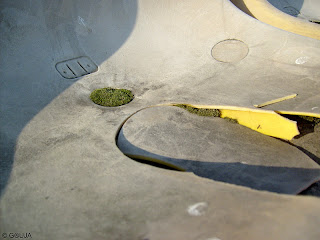 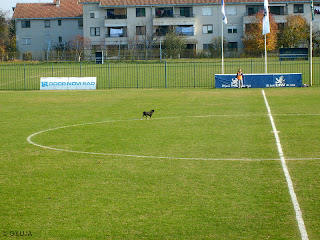 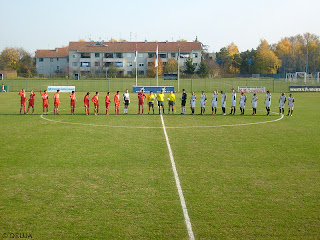 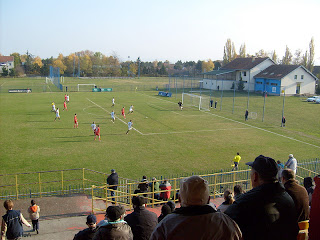 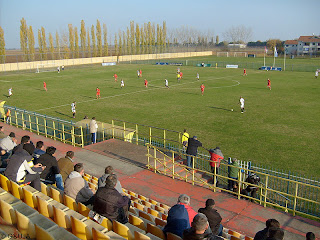 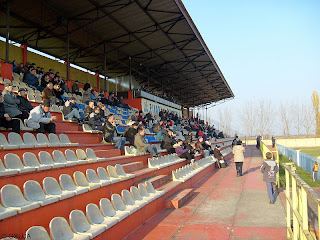 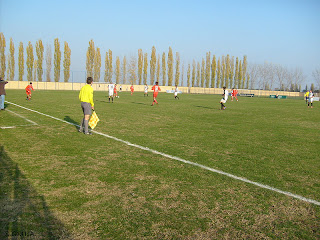