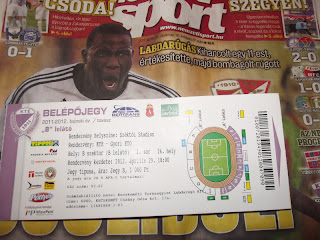 Kecskemét is a city in the central part of Hungary. Lies halfway between the capital Budapest and Szeged. Kecskemét can be reached with bus, train or car. The M5 freeway connects Kecskemét to Budapest on north and Serbia on south. Also can be reached via the 53 and 54 regional motorways. The main train and bus stations are located about 10 minutes east of downtown, where most of the attractions are and can easily be reached by foot, such as the aqua park or Széktói stadium next to him.
Kecskeméti TE plays its home games at Széktói Stadion. Stadium capacity is 4,300 seats, and standing room for 2,000 in the standing-only sections. It was built in 1962. In 2002 it was completely renovated.
The club was founded in 1911. The promotion to NB I was finally archieved in 2008 and on the centenary of the club has achieved the greatest success. The club reached their zenith in 2011 by winning the Magyar kupa and the club would be able to play their first international match since they qualified for the Europa league.
Today's match was promised a good football. Admission was 1,000ft or 1,400ft, which is 3.5€ or 5€, if you're not a visiting fan, because then you pay your ticket 1,500ft. What is lacking in matches in Serbia, here is the standard, buffet, beer and souvenirs. As the temperature was tropical, the sale of beer is going well.
In the first minutes of the match Győr was dangerous. They missed several chances and as usual, when one team misses great opportunities, will be punished immediately on the other side. In 23rd minutes the referee has shown on white spot and home team lead. The penalty cut the guests confidence. Driven by constant cheering of domestic crowd, the home team scored another goal by the end of the first half. Second half passed in a much more active game for guests, but the home goalkeeper was unbelievable, what man is all defended!
Győr lost the chance for the title, and we are after heavy meals, headed back on the road which is dangerous. From the darkness of the road have lay in wait various types of wildlife, deers, wild rabbits, weasels, and whores. 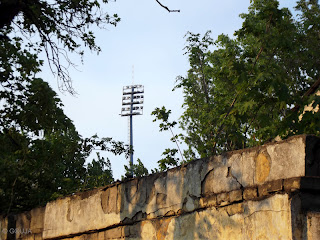 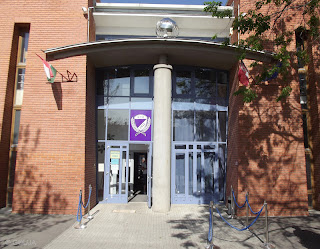 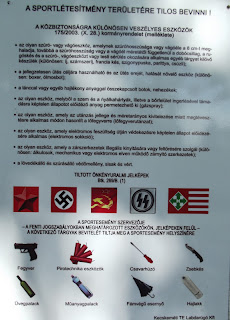 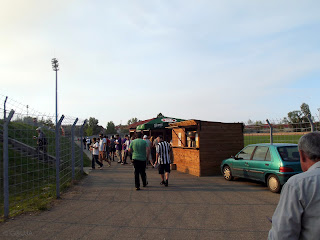 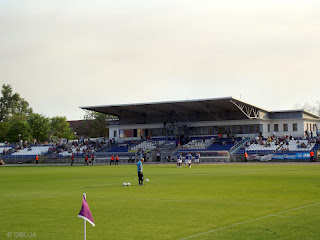 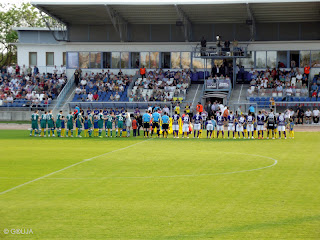 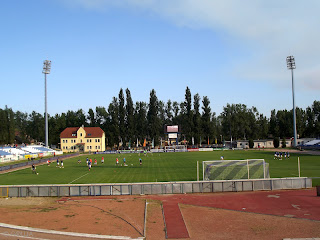 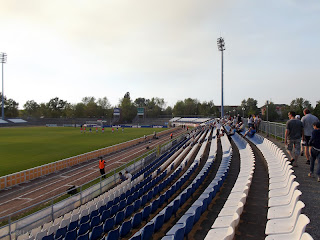 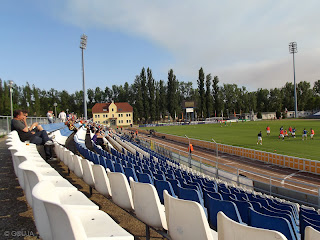 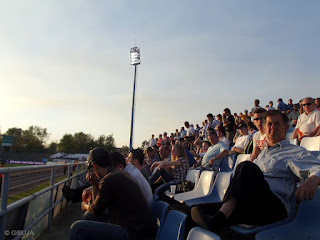 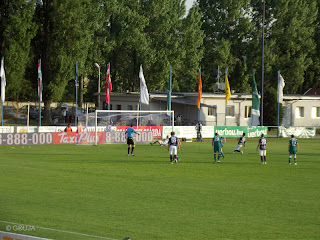 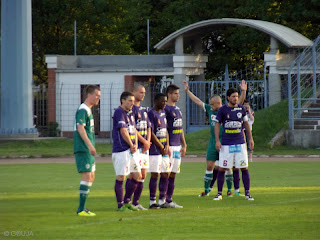 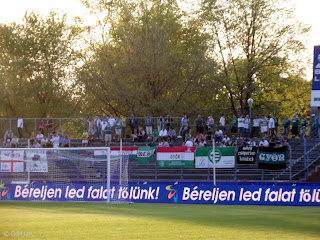 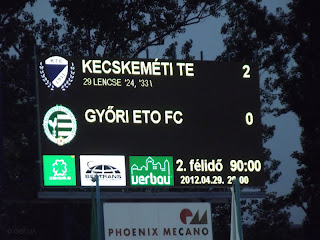 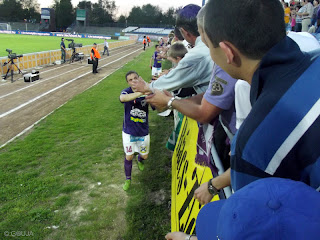 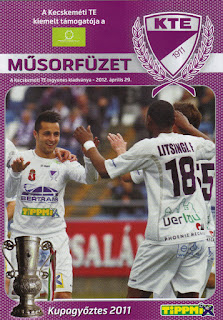