Rain, sun and goals were replacing like on the bar. Those who has suffered all the temperaments of nature, in April on the Spartak stadium, will have something to remember. Blue and white symphony! Those who did not come to the stadium remained dry. A particular problem is the prohibition to entering umbrella on the stands, due to security reasons as well as sales of beer. And in the last matches was rained. The real parking does not exist, the stadium is in a disastrous condition, no roof, and who knows when something will be done on this issue. Until then only the most faithful will come to the matches.
Spartak in the 11th minute took the lead. Just three minutes later the advantage was doubled. Spartak continued to shake guests the net. By halftime it was already 3-0. At the beginning of the second half, the advantage was reduced. After receiving goal, Spartak did not stopped with the game, a new rush of blue pigeons for 4-1 "on the scoreboard". At the end 5-1 for a quiet Saturday afternoon for Suboticans.
At the end of the match one more act of hooliganism on the Serbian stadiums. Visiting fans are not able to reconcile with such a defeat, entered into conflict with their goalkeeper and broke the fence. Unbelievable! 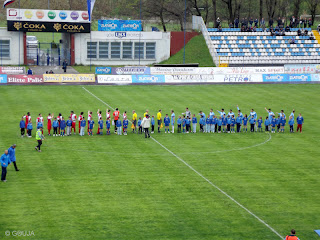 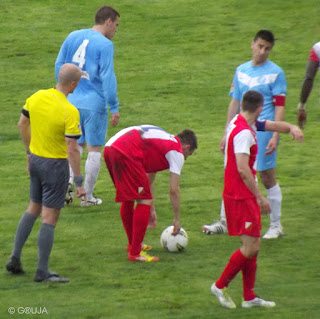 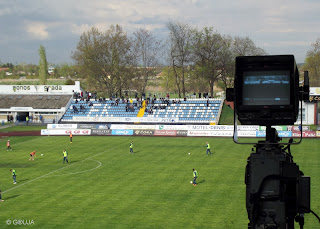 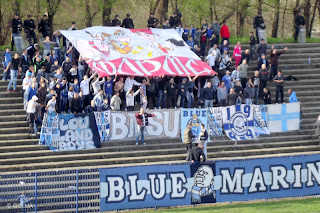 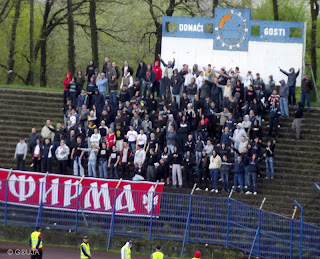 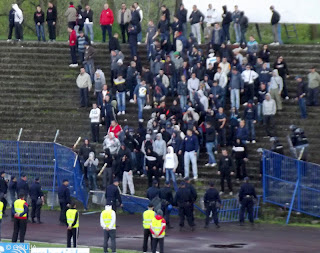