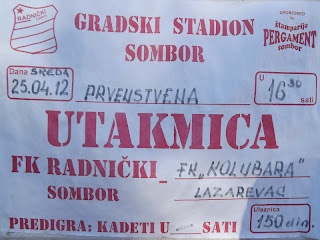 Sombor is situated in the far northwest of Serbia. The distance from the border crossing is 25 km to the Croatian border and 28 km to the Hungary. The city is located between the Pan European Corridors 7 and 10. Seven kilometers from the city itself is located a military airport, which is intended for future civilian traffic. The city is connected with good bus routes to major cities, like Novi Sad and Subotica.
On this day come to the stadium and the city of Sombor was the right skill. The entire region was blocked, because dissatisfied farmers set up their tractors on roads, in a strike against some government decisions.
Gradski stadion or city stadium is located next to bus station on the southern edge of town. This of course is not the first visit to this stadium, as you can see earlier, and frankly I was expecting that might be finished the new east stand, but it is raised the roof structure only, and nothing more. The old west stand is in a disastrous state. Nevertheless, about 300 people gathered to watch the match, which means the survival in the league. Radnički is with goal in the 47th minutes got one of the most important matches of the season. Admission was 150din (1,5€) how is writing on the posters for the game but on ticket write 100din. The explanation is that these old tickets?! Anything is possible in Serbia. Again the people managed in different ways to watch the match and not pay a ticket. In the end, is only important  love to football. We leave Sombor and go away on some new places... 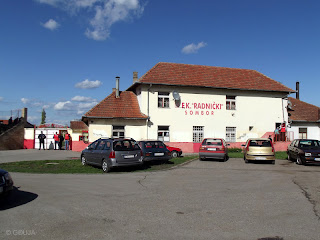 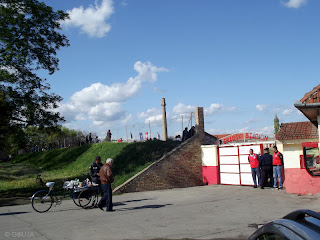 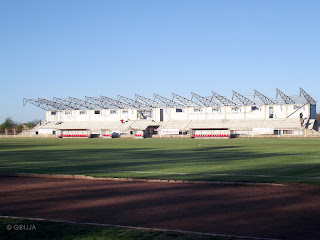 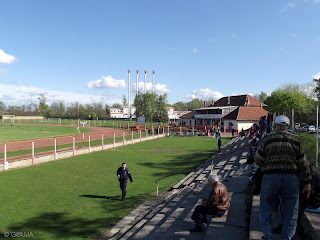 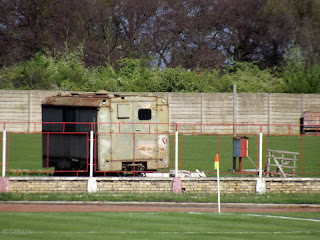 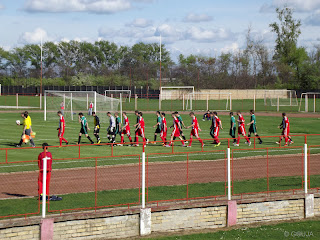 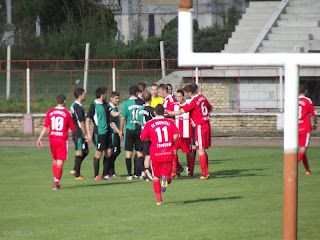 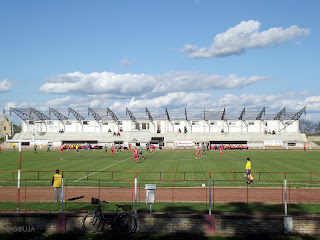 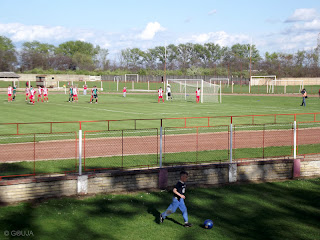 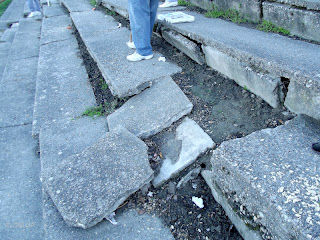