Petrovac is a village and municipality located in the region of Braničevo in the valley of the river Mlava and has about 8,000 inhabitants. Petrovac is 126 km from Belgrade and is located at the junction of the roads that connect Požarevac with Žagubica and Kučevo with Velika Plana and Svilajnac, but regardless it is not easy to reach it by public transport. For me it was a long and hard journey, but as usual at the end pleasure prevails.
FK Sloga was officially established in 1933, although in Petrovac was played football since 1921. There was a lot of work and effort that would be welcomed entry into the First Division and the club did it in the year when it celebrates 80 years of continuous operation. From the very first official match club colors are red, and they played at the old Vašarište until 1957 when they moved to their present location where it should be built a new stadium in future. For now was built only one stand with capacity of 459 seats and VIP and the press box in the middle. On the west side remained old concrete standing.
This match was postponed last weekend due to bad weather which is why on tickets remained previous date. The extraordinary and unpredictable match from the first whistle at the ended with a draw. 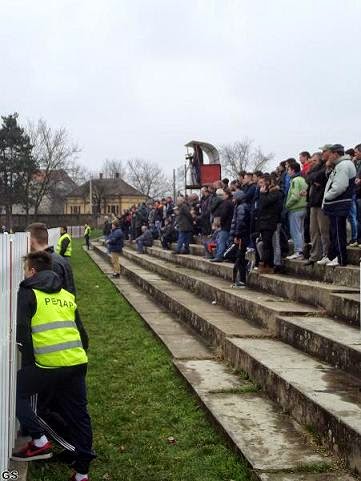 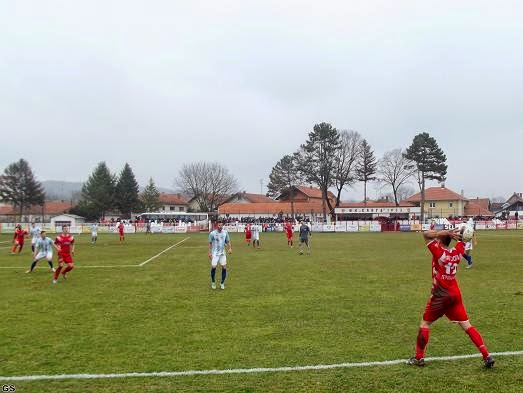 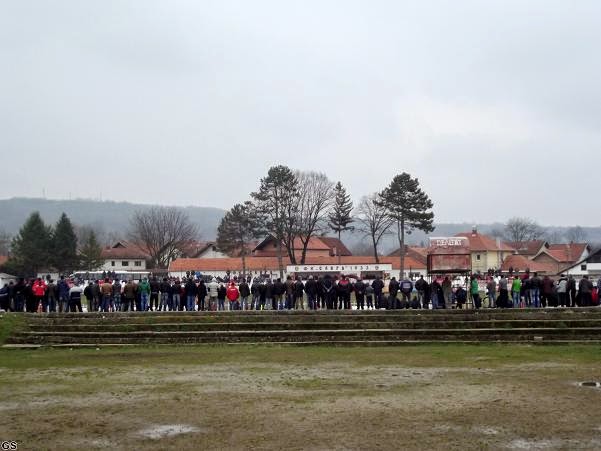 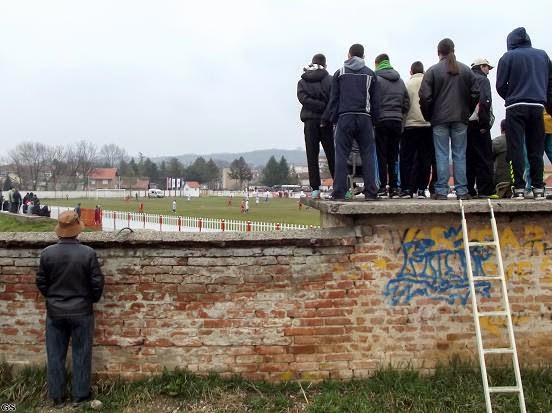 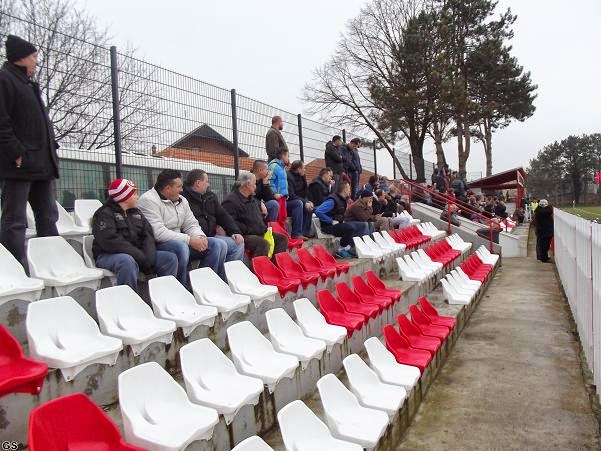 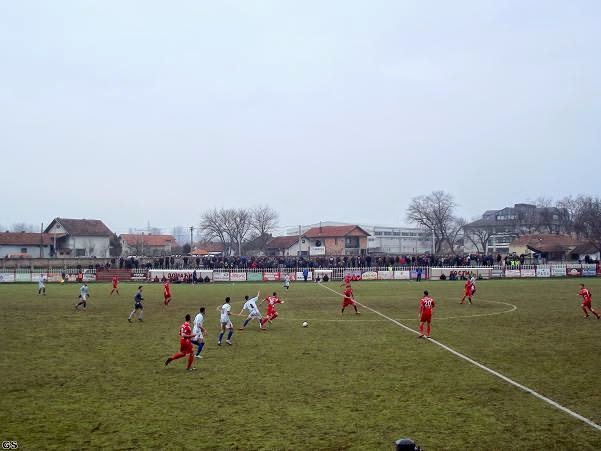 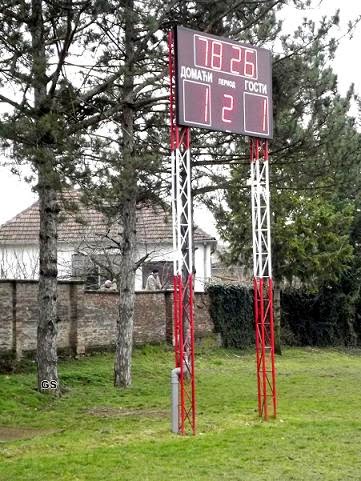 FK Trgovački is the second club from Petrovac founded in 1957. Currently plays in Braničevska okružna  liga, which is the fifth rank of competition, but their stadium "Lukin Vir" is derelict and home matches they playing in Veliko Laole. I do not know the reason, but it certainly has to do with finances. 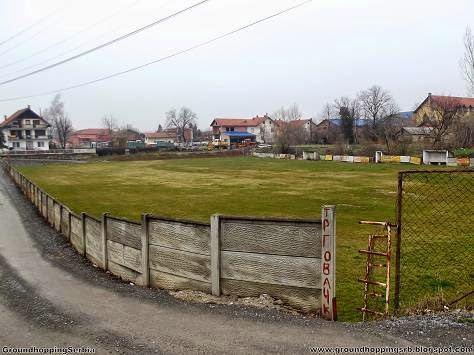 FK Jedinstvo is footbal club from Kamenovo.founded in 1948. Currently plays in Opštinska liga Petrovac, grupa "Istok", which is the seventh rank of competition. 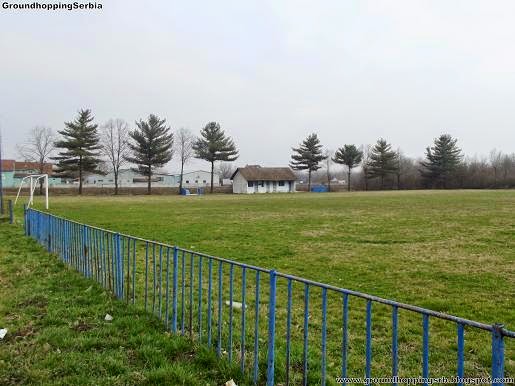