FK Železničar Beograd 4-1  FK Kovačevac
03.11.2013.
Beogradska zona - IV
"Bara Venecija", Beograd
att: 70
FK Železničar is a football club based in Bara Venecija, Belgrade, Serbia. The club was formed in 1924 when a group of workers from the Belgrade railway station began playing new game. In 1932 the club started with the construction of a football ground, a few kilometers from the present site, also on the river bank. The first game played at the newly built playground in 1935, but due to the construction of the Belgrade Fair, Železničar was evicted from its premises in 1956. Since then the club life begins at the new location.
In the past decade the club accede to the reconstruction of their sport facilities and made two new terrain of which major is covered with grass, and the auxillary with slag base. Enough to start, but there's still much to be done. The club's´ major success was archived in 1999 when it gained promotion into the national second league where it stayed until 2003, when it was relegated by administrative decision because of the restructuring of the league competition system. Today the club plays in the fourth rank of competition.
Their stadium, the popular Bara Venecija, is located behind the train station, under the bridge Gazelle, one might say almost in the city center but it is not easy to get there. When you pass under another bridge Sava bridge, you have to pass next to the railway workshops and garages with no signposts to finally find a ground where you're headed.
Although there is a prominent ticket price at the box office at the entrance to the stadium, admission was free. Today's match was played at 10 pm and regardless of the free entrance gathered only 70 people. Still early start did not prevent, a few true lovers of football, groundhoppers to find themselves in the stands. Female referee, six goals (one was canceled), ten players in the away team, some shout from the stands... beautiful Sunday morning. 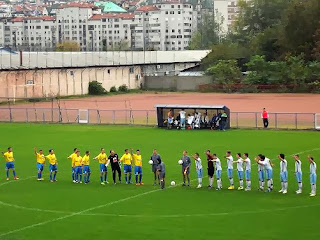 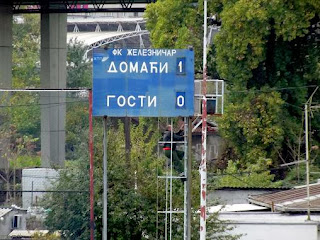 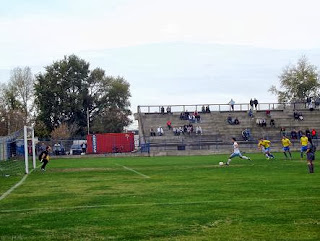 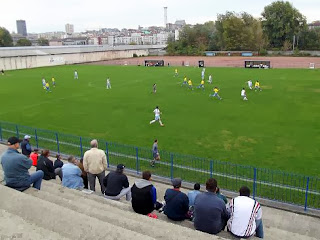 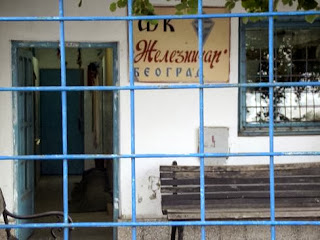