Beočin is located on the bank of the Danube, on the northern slopes of mountain Fruška Gora, 17 kilometers from Novi Sad. It is simply amazing that the place of about 6,000 people once had second league club. The place is famous for its cement plant. FK Cement was founded in 1913 by young people who have worked in that company. The club was featured until 1919 under the name BAK. From 1919 to 1932 the club was known as BSK. From 1922 to 1927 there were two football clubs in Beočin, the other one being FK Radnički, which was dissolved in 1927. Finally since 1933 the club has been known as FK Cement. In the last decade, the club played between third and fourth division and today plays in third rank of competition, in Srpska liga, group Vojvodina.
The stadium has only one stand with capacity of around 500 red plastic seats with white inscription with the name of the club. Although the stadium was slightly ruined, also owns one of the better grass surface that I've seen lately. Of course it is always the most interesting how people finding ways to watch the match without paying admission .... they are everywhere on the walls of the stadium.
Almost forgot, stadium besides floodlights have a scoreboard, which actually works! Manually. 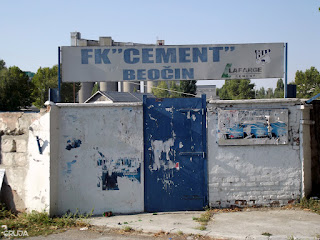 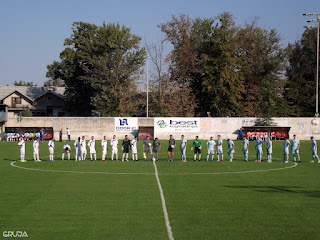 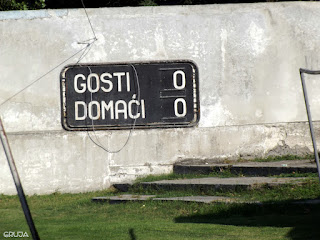 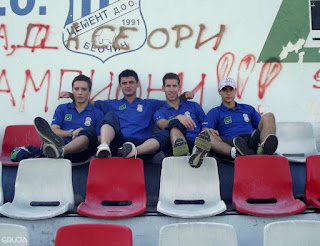 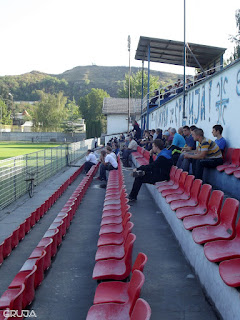 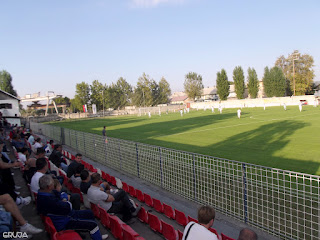 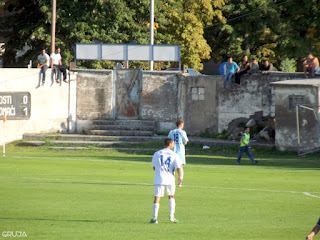 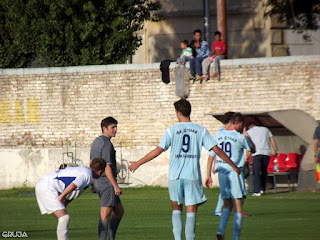 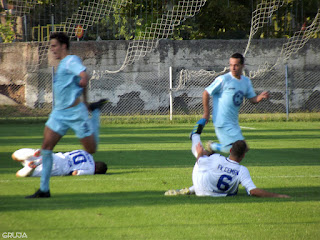 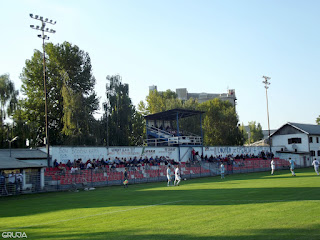 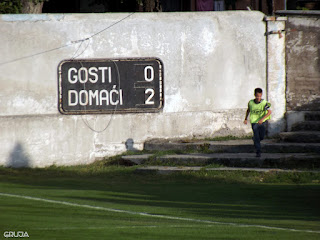