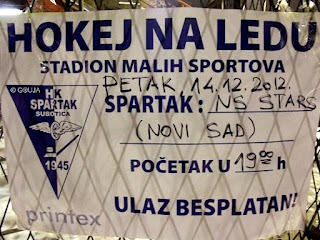 Winter and snow, no football, so I found a different aspect of entertainment, ice hockey! Ice hockey in Serbia is on a purely amateur basis. The most famous club Partizan, after two league titles in Slohockey league is an amateur team again. In Serbia, there are few ice hall and an open ice field, this in Subotica. After much trouble, the championship began with six teams in this season.
Hockey club Spartak was founded in 1939 under the name SK Palic. The first championship game was played 1941, and part of the Spartak sports society became in 1945. Their biggest success was Cup in season 2009/10. The club play their home matches at Stadion malih sportova or if you translate into English, small sports stadium. 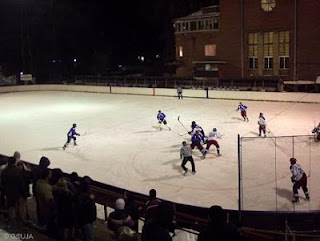 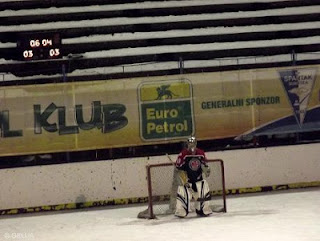