Požarevac is a town in eastern Serbia, at 82 kilometers from Belgrade. Geographically is located between the four rivers. It's pretty easy to get there, because is located only 20 km from the Belgrade-Niš highway and on the railroad Belgrade-Zaječar.
FK Mladi Radnik is  football club from Požarevac. The club was founded in 1926 under the name Radnički and currently competes in the "Prva liga Srbija" or First League of Serbia. Since 1992 started from the Serbian league (third rank) and in the second rank entered in the late nineties of the 20th century. Due to the reorganization of the league in 2002 have fallen to the Serbian league, but they retain in the second rank after fusion with FK Gradjanski Svilajnac. Constantly between the second and third rank of the competition, the greatest success they achieved after placement in Super league in season 2009/10. They play their home matches at stadium "Vašarište" which was built in 1935. Three years ago the stadium was renovated and now has capacity of about 2,900 seats on two stands. Again the same story, a nice, small stadium, but it is obvious that there is no investment in it. It is certain that the club will be relegated from the league at the end of this season and will therefore be even less money for maintenance of the stadium.
Today's match was very important for the host in fight for survival. The guest is in the last round celebrated promotions to the highest rank of competition, but today did not have discount for the host. Admission for the game was free, and viewers were able to see three red cards, two goals and one missed penalty. Is it a little? 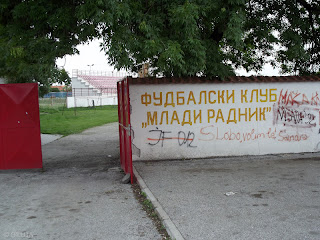 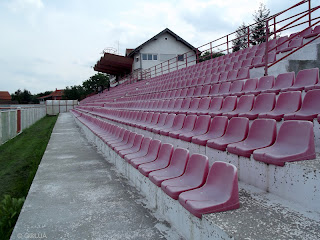 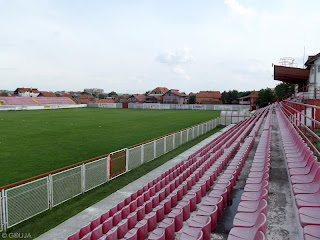 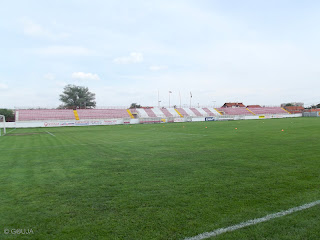 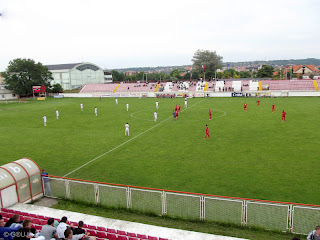 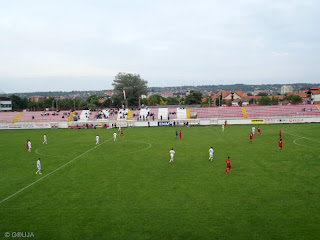