Finally after three months football is playing again in the Serbia. Where to start the season than on "home soil". The match in Subotica was announced as a derby of  round. Good weather and free admission resulted with approximately three and a half thousand people in the stadium. Free tickets were available on matchday at the stadium and with this ticket, you take part in the competition at halftime, with fan articles as prizes. In the stands once again home fans "Blue Marines" have made ​​a good atmosphere, this time backed with a large group of visiting fans, popular "Red Devils". Security searching viewers at the entrance almost to the bare skin and this is something you will not experience in the majority of stadiums in Serbia, but here is the inevitable. And the hardcore fans again bring pyrotechnics into the stadium. How, I can only guess.
On the pitch a big zero. Nothing has happened which will recount after the game. It is a sad story that is repeated from week to week In the whole Serbia has begun to improve desperate infrastructure, people have started to return to the stadiums, but on the ground remains weak games and a shortage of goals. 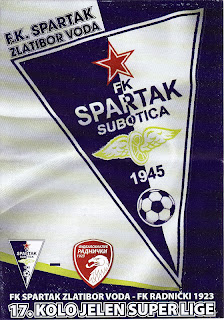 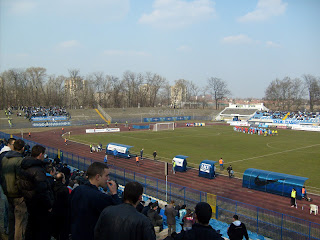 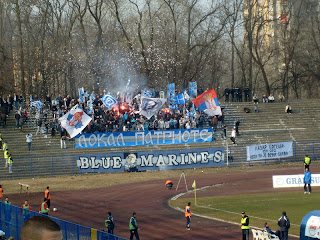 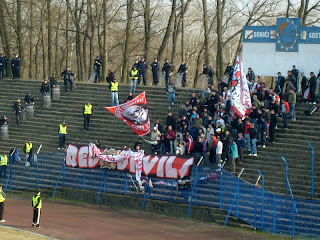