Kruševac, stadium Mladost. Home of the football club Napredak. The club was founded in December 1946. Napredak's biggest success is reaching the Yugoslav Cup final in 2000, and playing twice in Uefa Cup. Curently they plays in Prva liga Srbija, which is second rank competition in Serbian football. This stadium was renovated in 1976. when they built the stands. All supporting club facilities, as well as administrative facilities, are housed within the stadium. Until this summer there were 10.500 places for sitting (all seated), but just when I was in the stadium seats have been stripped  in order to put the new plastic seats with backrest for next season. The plan is also setting reflectors. I have to admit that the stadium gates were closed, but thanks to the kind people from the administration I got permission to go on the grass. The whole stadium just mine! 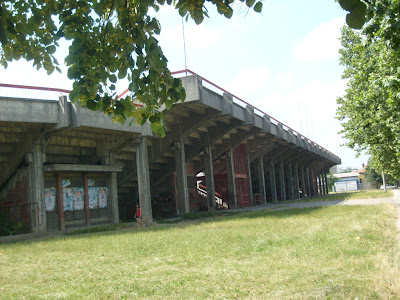 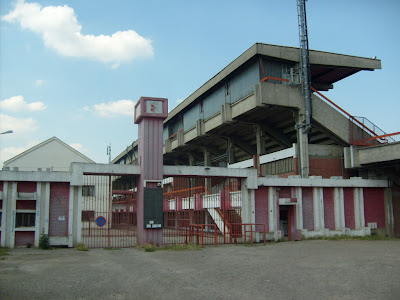 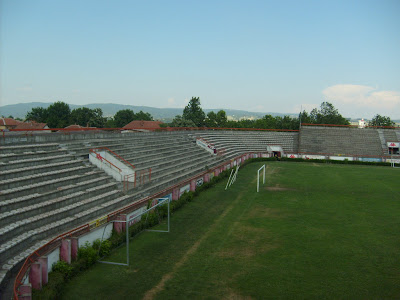 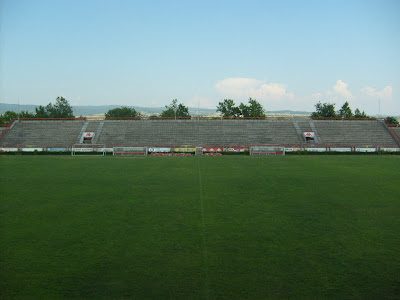 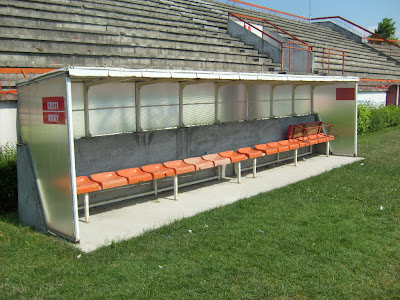 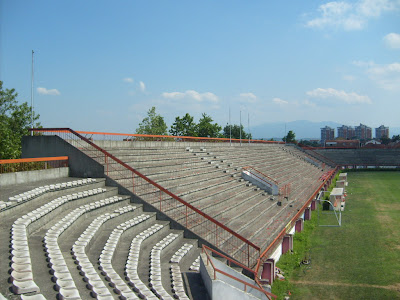 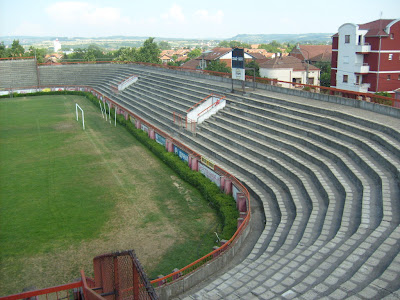 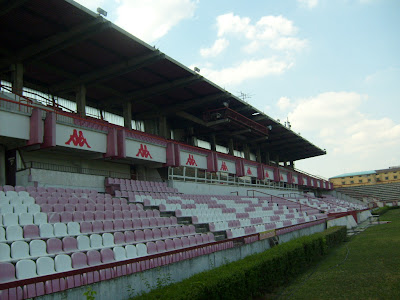 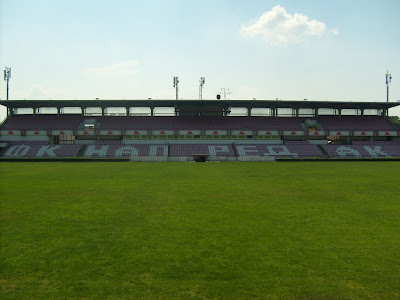 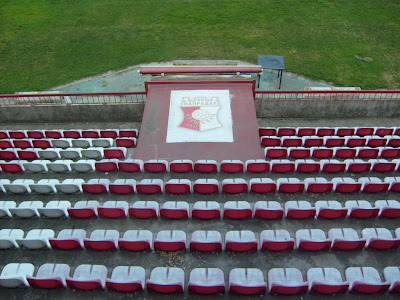 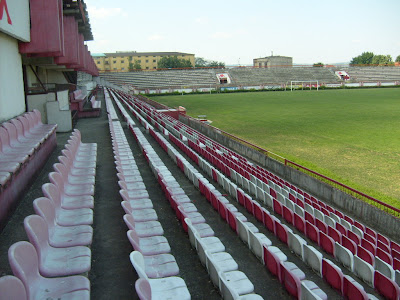 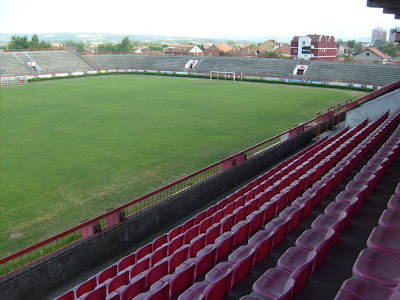