Partizan won with 3:0, goal scorers Delibašić, Ilijev, Vukić. AIK does not exist anymore. Now club named after the city from where is, FK Bačka Topola. 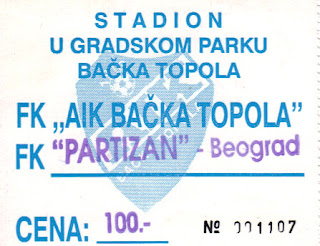 Stadium in City park, Backa Topola, Serbia. Here play their home matches FK Bačka Topola. The club currently plays in Vojvodjanska liga "Istok" wich is the fourth tier of Serbian football.
These pictures were taken recently. The first of them show the entrance to the city park where is the stadium. 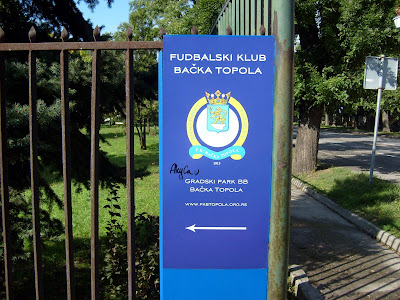