"Stadion Kralj Petar I"  is the home ground of Rad Belgrade, commonly known as "Stadion na Banjici" because is located on Banjica and it was built in 1977, although its stand is an old King’s tribune since the time of the Kingdom of Yugoslavia, which was used as a lodge during parades and other public celebrations. There is only one, West Stand, which consists of two levels. One part of the upper level is aimed for the most faithful fans of his club, for a group called "United force". Unfortunately I could not takes photos of them from the lower stands. They are specific and recognizable, devoted until the end.
The football club Rad was founded in 1958. This is a club which started from the lowest rank of competition, which was supported by only one construction company, a club that was never relegated from a league that it entered. This days the club has survived thanks to private capital and is otherwise known as the home for the development of talented young players.
In a todays match, in a duel of teams who occupy the top position in the table the winner is decided in the 80th minute. After a pass from the right side the guest goalkeeper's  intervened bad, and then ball came to Predrag Luka, who's volley from the heart of the penalty area, shook the network from guests. 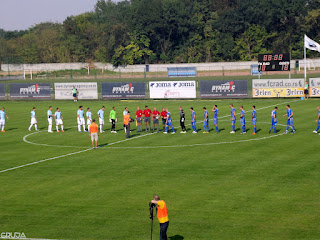 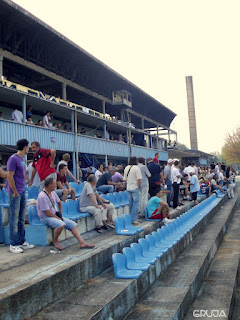 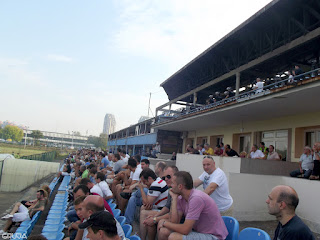 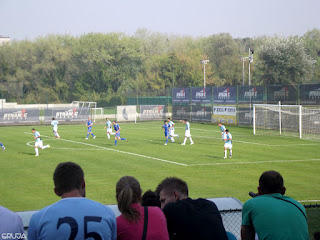 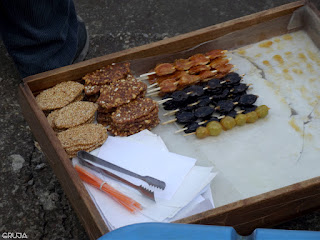 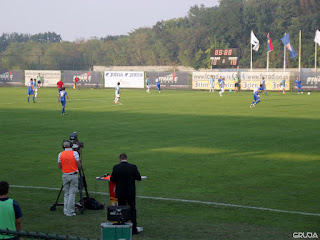