FK Hajduk Belgrade is a football club, which is located in the municipality of Zvezdara (Lion), currently competing in the Serbian League Belgrade, which is the third ranking competitions in Serbian football. The club is founded in 1937. The club has twice appeared in the highest rank of competition, in Super League, but both times was immediately dropped and once played an Cup quarterfinals.
The stadium is squeezed between two buildings and in one is located a restaurant, which has a terrace right next to ground so for example you can eat and watch football like you're on some modern stadium.
Admission was 200 Rsd for the east stand and 300 Rsd for the western part which represents hamstrings. At very sweltering weather hundred people gathered and saw a good fight on the pitch. Talk about what is the capacity of this kind stadium is impossible. 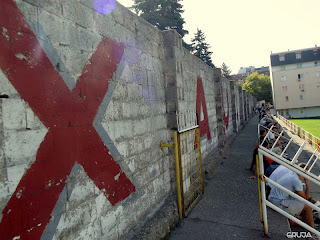 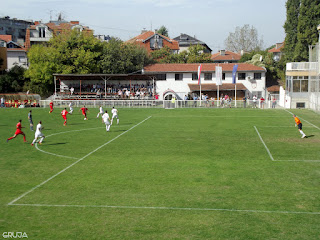 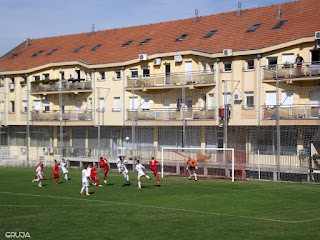 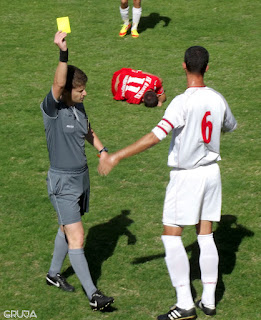 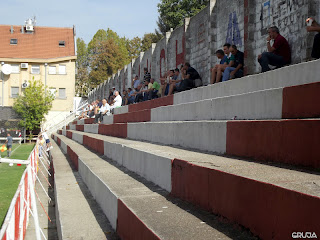 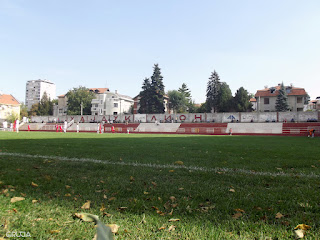