Omladinski stadion (Youth stadium) is located on Belgrade's urban neighborhood Karaburma. From large stadiums is closest to the center of Belgrade. It was built in 1957 and almost from the very beginning of existence of the stadium, its official users is OFK Beograd. Omladinski stadium is multi use object. When it opened, the stadium had a capacity of around 28,000 spectators. Today, that number was reduced to 11,500 seats. Behind the east stand, as part of the stadium are auxiliary field, which is covered with artificial grass and a small pitch, also with artificial grass. The smallest east stand and lower part of the west stand is covered. Since the construction of stadium, there were no serious reconstruction. So the stadium itself is in very poor condition.
The name OFK Beograd, means Youth Football Club Belgrade. It was founded in 1911 as BSK. Since 1945 was named Metalac, and then again BSK. The club had changed its name once again in 1957 into today's OFK Beograd. The club has won five titles and four cups, nearly all that, long ago under the name of BSK.
Since I was still in Belgrade, this was an opportunity to look at the first match at this stadium. OFK Beograd easily jump over an obstacle in the Cup of Serbia called Kolubara. What to say about the game where the hosts won with five goals differences? Already in the seventh minute the first goal and the rest was all routine. Besides loyal local fans on the south stand,who are commonly known as Plava unija (Blue union), there were about sixty of visiting supporters, located on the northern stand. I was on the west stand where the admission was 400 rsd. Tickets are not specially printed for this match, but they used the same as for league matches. It is interesting that the entrance to the west stand is located at the crossroads and the other entrances are between houses and smaller streets. This is a beautifully designed stadium but he needed a total reconstruction. Urgently! 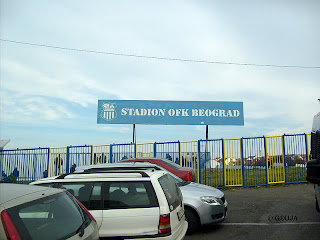 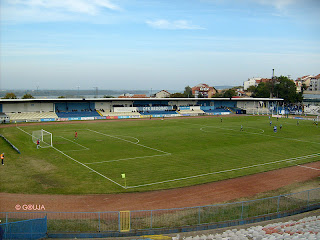 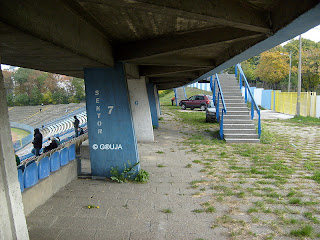 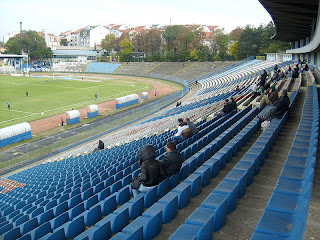 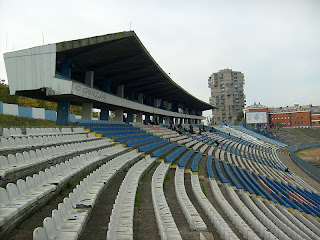 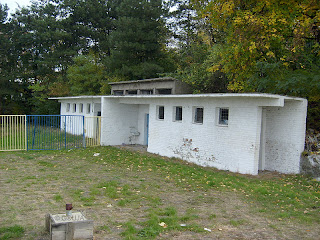 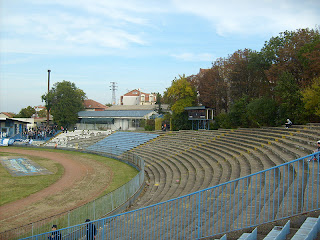 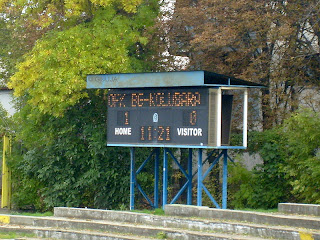 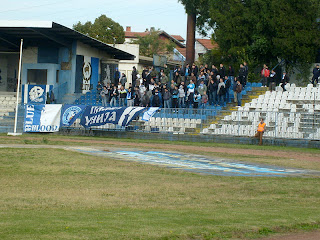 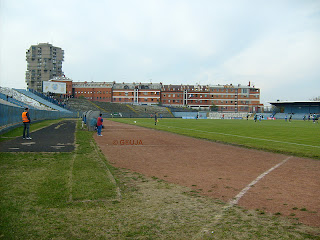