Ada is a town and municipality in Serbia, geographically located in the Eastern Backa but administratively in North Banat district. The town has a population of 9,500 inhabitants. In the direction of north - south, through Ada passes the regional road R-122 from Novi Sad to Horgoš, or to the state border with Hungary.
Sport and Recreation Center "Adica" is located by the Tisa River about 1 km far from the town center. "Adica" has been working as a recreation center since January 1999th. Within the SRC "Adica" already exist, except for the Zoo, three outdoor pools (one olimpic size pool), three tennis courts and football grounds, handball court, fitness and athletic track, bowling center and mini golf course for beginners. In hot summer days nature fans can enjoy the sandy beach on the river bank.
FK AFK Ada is football club from Ada, and currently competes in Vojvodina league "Istok", the fourth level of Serbian football competition. The club was founded in 1912. year. Last month they celebrated 100 years of existence. They play their home matches at the stadium in SRC Adica, where they have very good conditions, with two additional grounds. The only stand is on the west side of pitch and has 520 plastic seats and in the central part is covered.
In today's game guests from Subotica were introduced as a team that aspires to first place in the league. Admission was free. On a rainy and gloomy weather, everything was resolved in the first half and less than a hundred spectators not see much later in the game. The rain is falling so much that in the first half janitor had to boost the line on the ground, with the help of guest team captain. It is interesting to see the hand-made ​​device for extracting the ball from the channel which is located behind the only stands. 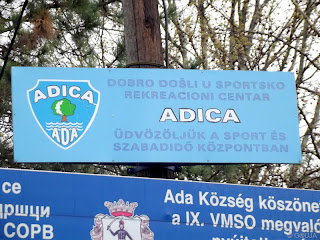 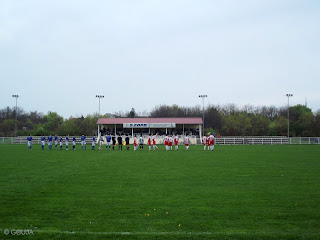 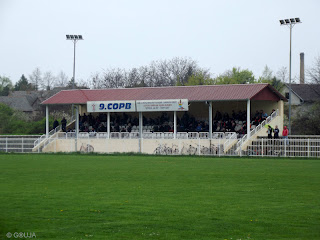 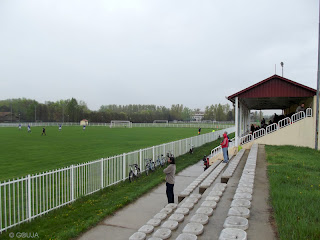 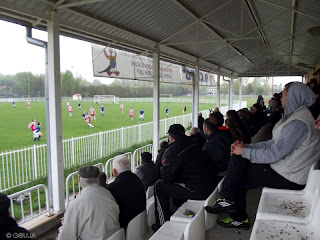 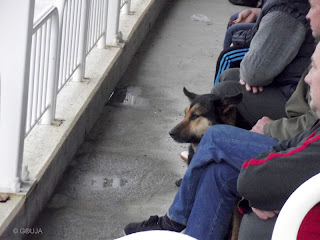 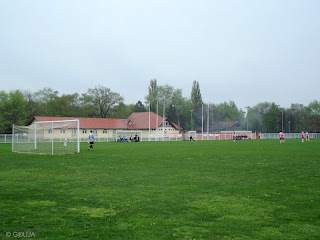 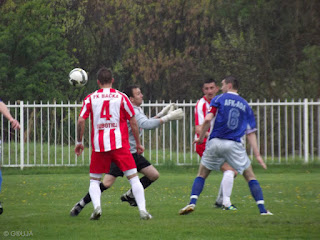 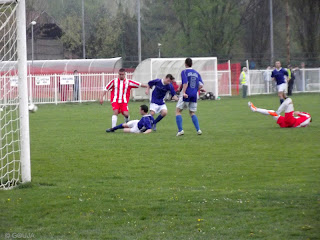 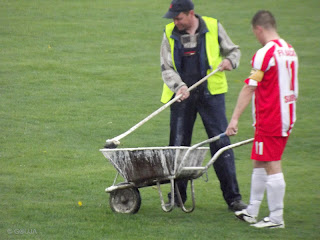 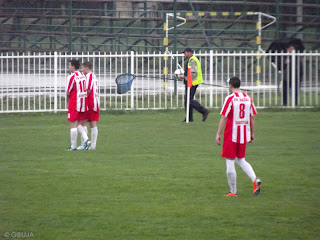 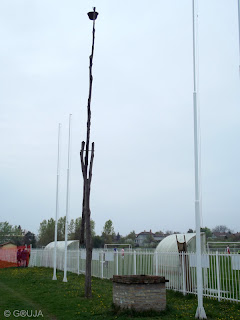