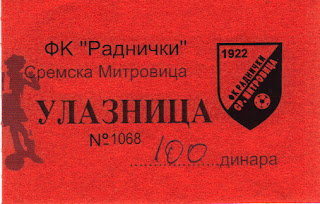 Nice sunny day. It is simply a sweetness after lunch go to the match. Hesna in Sremska Mitrovica, the largest city of Srem. This stadium is the home of footballers of the Radnički. The club is second club in the city and its founded on 15.April1922. They currently plays in Vojvodjanska liga "Zapad", which is the fourth tier of Serbian football, with ambitions to play next year in a higher league.
The opponent today was a FK 1.Maj from Ruma, a local rival. In the neighborhood derby has seen a fighter but not too many good football. Guest team show oneself as a solid, stable and organized team and was a shade better today, but final score was the most unpopular. Sometimes on the matches in Serbia you forget that football is the game of goals!
Admission was 100 rsd, which is less than one euro, and on the match has come around 200 people. Some of them have found ways to observe the match from the wall without paying tickets. Most viewers was on the stand which is located on the west. It is covered and renovated concrete stand with 150 plastic seats. On the stadium there is even a small electronic scoreboard, which is unusual and for bigger clubs and ranks of competition. On the east side, behind the dugouts, there is hard standing. To access this part should go through the official entrance, next to the club restaurant that does not work But that did not stop viewers to find refreshment (read beer) in a shop across the street. 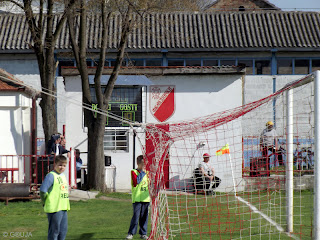 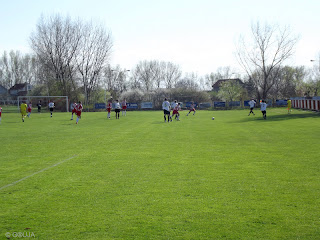 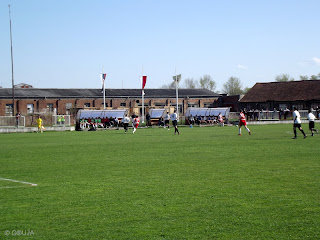 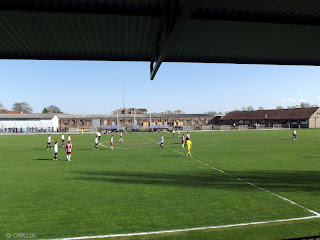 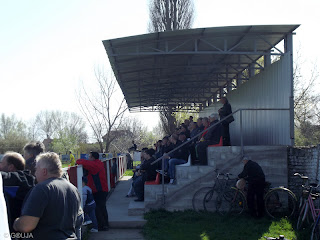 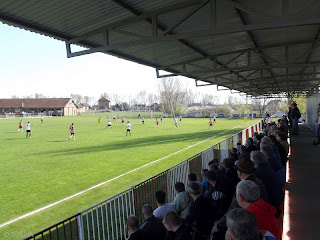 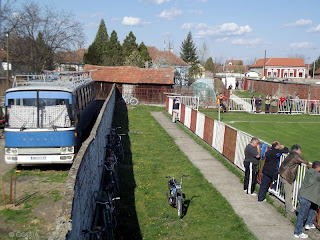 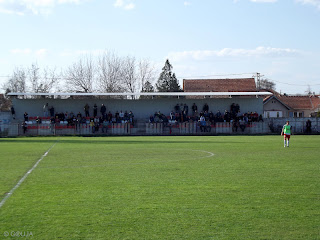 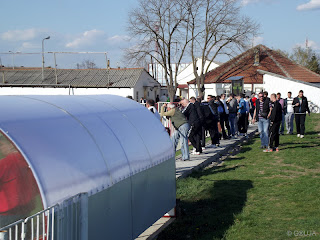 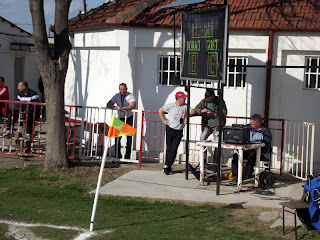 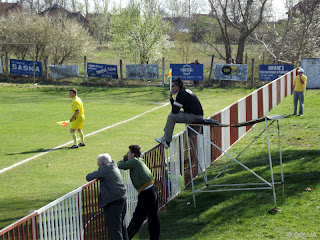 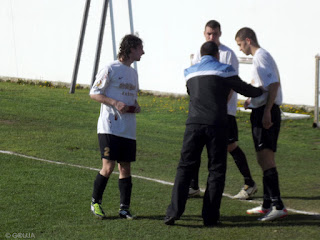