The road to the UEFA Women's Champions League final in Munich on 17 May 2011 kicks off. Matches of qualifying group 5 will take place in the Serbia. Host of mini-tournaments in Subotica is ŽFK Spartak, champions of Serbia. This group also included Glasgow City LFC champions of Scotland, Mosta FC champions of Malta and KÍ Klaksvík champions of Faroe Island. Five matches will be held at the city stadium, while the one in the last round will be played at Stadion kraj Somborske kapije. For all matches is free admission. Winners plus the two best runners-up in all eight groups will proceed to the draw for the next two-legged knockout phase. I will watch all these games in my neighborhood as preparation for the start of the upcoming season and hopefully many new grounds.

Teams from Faroe Island and Malta opened tournament. In front of seventy viewers, teams have played matches in a soporific rhythm but it was interesting to watch the reactions and noise of players on the field. KÍ Klaksvík has won by one goal, I think deservedly. All in all a most interesting details was when the players threw shirts into the crowd! Just joking.... 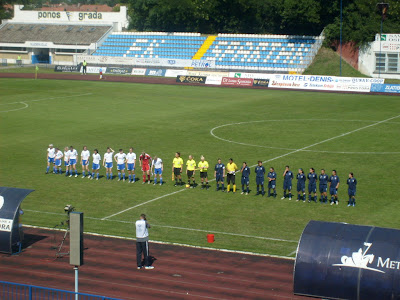 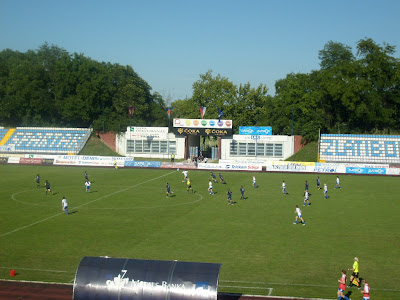 Spartak players have lost this match from the team has more experienced and who is physically and technically superior. From the first minutes Scotswoman have been a better rival and in relation to the first game played today is a big difference in quality. These women play football and it kind. Really was a great game to watch and I think that none of the audience did not regret what has come even though the home team lost. But the home team were mostly still teenagers, so for them there are times in the coming years to show more. Both these teams are, in my opinion, a great favorite in the coming matches that follow. 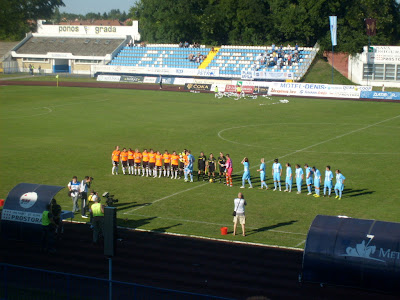 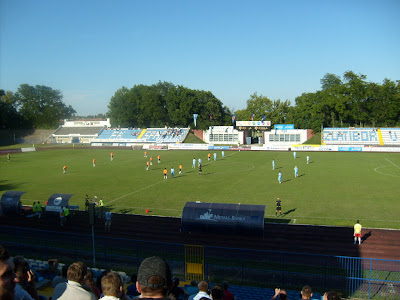