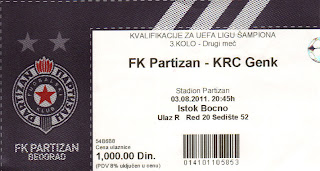 KRC Genk booked their place in the UEFA Champions League play-offs. But my impression was that it was completely undeserved. Fantastic crowd, full stadium and a great wheater for football. The exceptional atmosphere in the stadium, which in some moments, froze the blood in the veins of the opponent. And again a penalty for KRC Genk. I had to take a look at the match statistics, 14 goal attempts for FK Partizan against 4 for KRC Genk. Partizan absolutely dominated, but was again allowed himself a blunder from which the guests are pulled out the maximum and passed further. Do you know of a Murphy law..."everything that can go wrong, will go" and that's it. It's a shame for this wonderful crowd that will not watch the Champions League again.
Partizan stadium was built in 1949. The former capacity was 55000, but at the time of plastic chairs he is reduced in 1998. and now capacity is 32710, all seated. 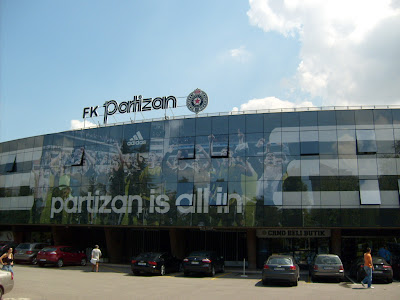 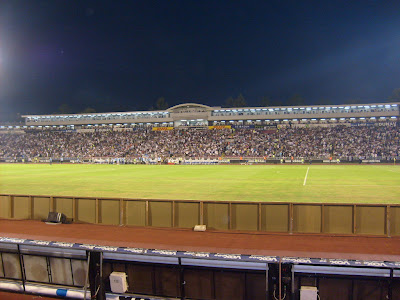 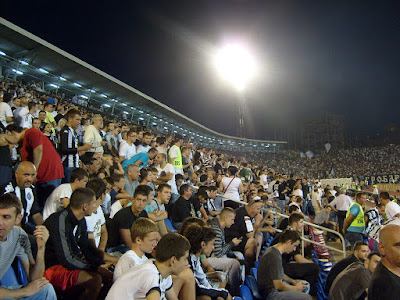 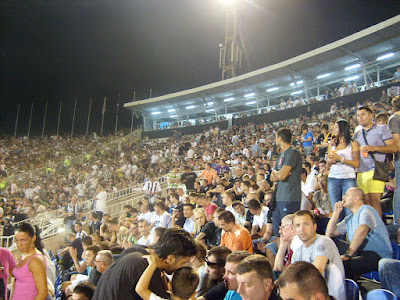 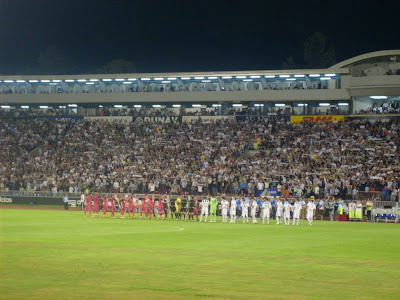 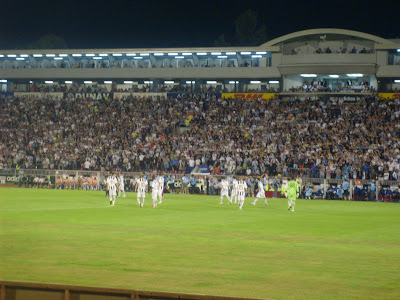 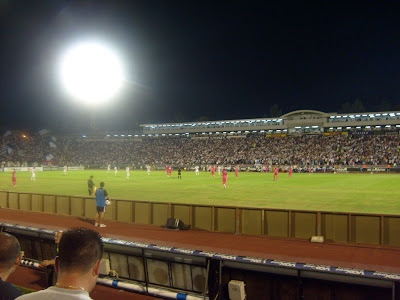 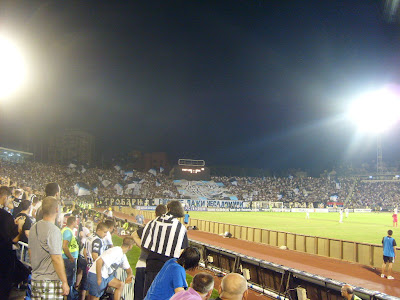 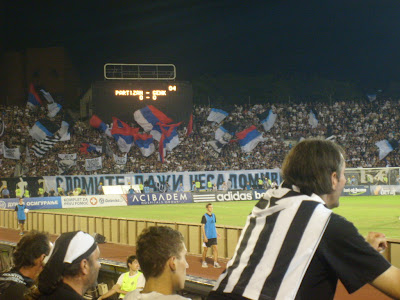