Come into a some city for the game, and not visit other stadiums if it is time to do this, for me is sin. Kikinda is town in the North Banat District, Vojvodina, Serbia, and it is near the Romanian border. It has about 40,000 inhabitants and two football clubs. Second top club in the city is FK ŽAK. It is the abbreviation of  Železnički atletski klub (Railway Athletic Club). Before the match for which I was in Kikinda, it was obliged to go across town, at Vašarište where is stadium FK ŽAK. The club is founded in 1931, and curently plays in OFL Kikinda-Novi Bečej, which is the sixth tier of Serbian fotball. Until a couple of seasons ago they played in the fourth rank of competition, and their biggest success was playing in the 1/8 finals of the national championships of the former Yugoslavia in the season 1935/36. I do not know when is exactly built stand on their stadium but it is typical for this region. Covered, wooden, with a capacity of around 2,000 spectators, is not exactly in the best condition. This year was invested some money in the renovation of dressing rooms and shelters above the dugouts. Winter, fog and problems with the aperture on the camera, did not prevent me to make some photos. 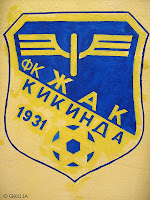 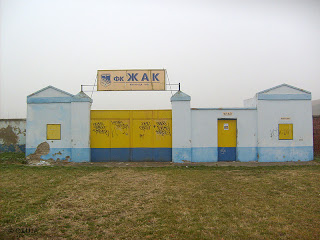 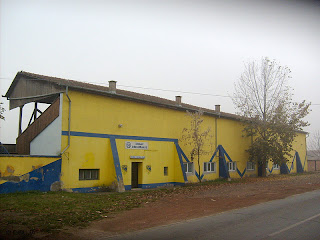 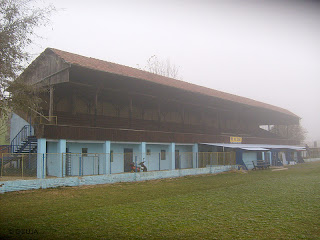 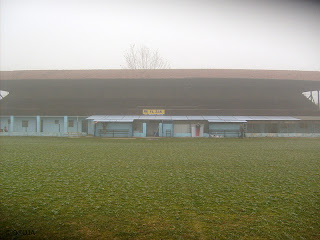 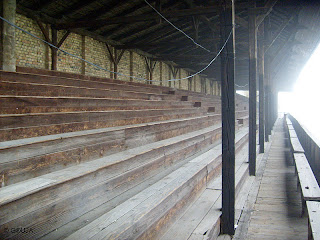 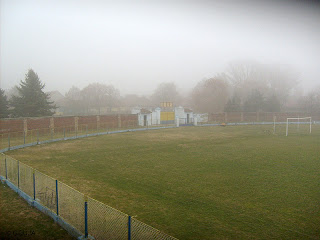 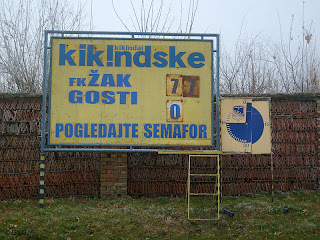