FK Radnički  is a football club from Sombor, and curently plays in 1.(Prva) liga Srbija, which is second tier in Serbian football. FK Radnički was founded in 1912 as Somborski SK. Their entire period of existence played played between the second and fourth division. After this game ended the season in which Radnički finished at seventh place. Seventh place in the second division ranks among the greatest success in football history in Sombor!
The capacity of the city stadium is somewhere around 2.500 thousand people on old west stand. On the east is a new, unfinished stand. The match in the first half was boring. Could be heard only cheering from home supporters, called Vojvode (Dukes), but in the second half came a group of away supporters, so yet it all seemed a bit more interesting. It is interesting that some people watching the match from the ramparts of the west stand, through the wire. Admission was 150din (1,5€). 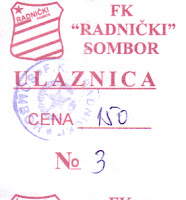 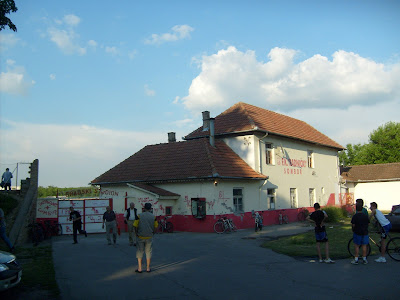 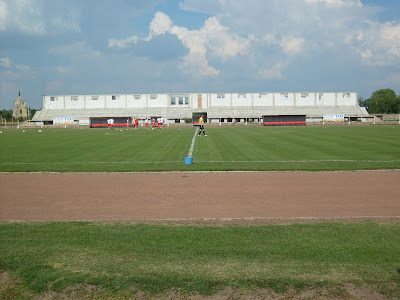 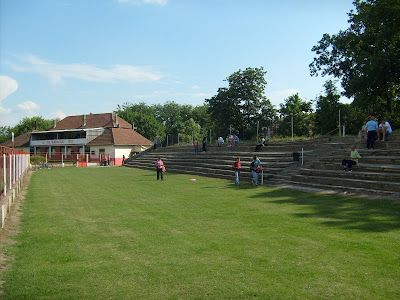 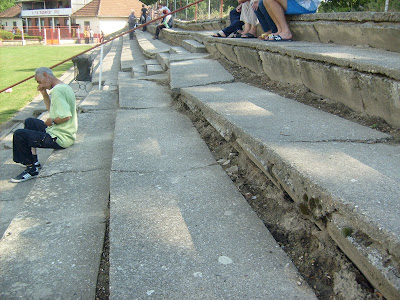 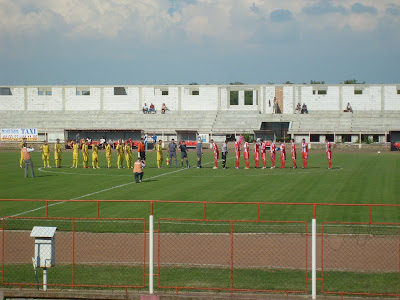 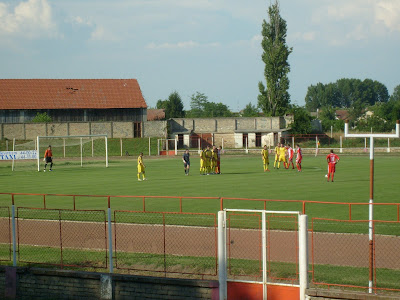 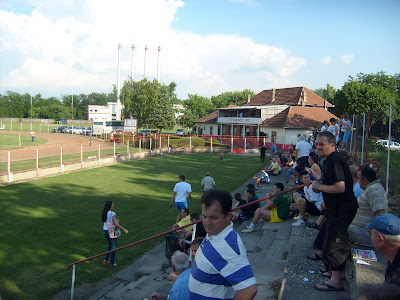 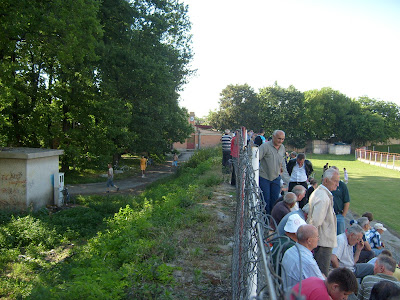 Some of the earlier pictures of this stadium can be found here.