Bečej is a town located in the South Bačka District in Serbia. The town has a population of 23,000 inhabitants. Bečej is famous by its former water polo club VK Bečej which won LEN Champions League in 2000. Football club is founded in 1918 although on the old emblem of the club was written year 1920,  when in fact the club played the first match. Until 1992 he played in the lower leagues, and then they won promotion to the 1st National league. Following seasons the club achieved promotion first to the Intertoto Cup and then in the UEFA Cup, but from 1998 began a slight decline of the club. In 2011 FK Bečej has played in the lowest ranks of the competition in 6th league. Due to financial difficulties, FK Bečej in April 2012 was forced to shut down, and it was founded OFK Bečej 1918. Today club plays in the Bačka zona, which is fourth tier of competition in Serbian football system. Gradski stadion kraj Tise (City stadum near river Tisa) is located near the very center of the city on the right bank of the river Tisa. Arriving by car is not a problem from any direction, it's pretty easy to find a stadium and the main bus station are nearby from where you can take a little walk to the stadium. After you reach the gates of the stadium there will be no food or beverages. Apart from good football and an home atmosphere does not offer anything else. Slightly renovation was done last winter, when it is set 296 plastic seats. Before you go through the gates, and after the game when you leave the stadium area again, in the immediate vicinity of the stadium there is a restaurant and a hotel where you can eat and drink. 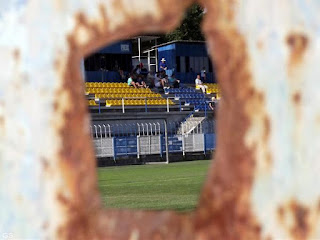 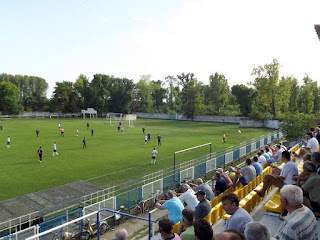 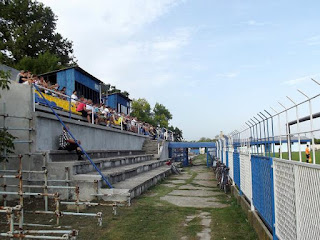 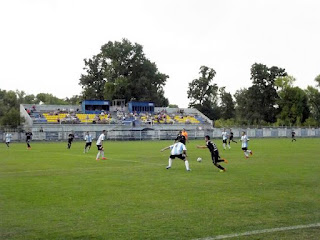 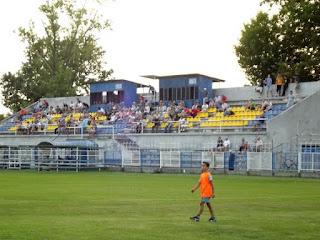 My last visit was in September 2011 and can be found here.