Located along one of Montenegro's most beautiful bays is Kotor. It is fairly well connected with neighboring countries with roads and buses, even three airports are less than 100 km away from the city. Its center is made of the Old town, best known landmark Kotor is also sport center of this area. As everywhere else, football is part of everyday life. Way back in 1922 was established a football club Bokelj. 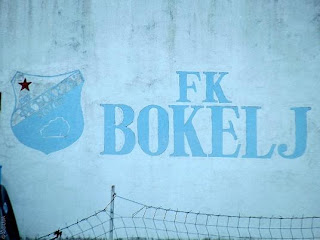 The club played in Yugoslav 2nd and 3rd leagues but the most important success was the placement in First league of Montenegro in 2007. Today club plays in the second league. In the foothill of the hill Vrmac is located their home ground, Stadion pod Vrmcem. Stadium has only one terrace and in addition to the main pitch is an auxiliary pitch with artificial grass next to the club´s building.
When I found out that it will be played a friendly match, I was thrilled. The opponent was 3rd league club and football was not the most brilliant but nevertheless it was nice to be in the stadium that day alongside another fifty people, football enthusiasts. Bokelj live forever... 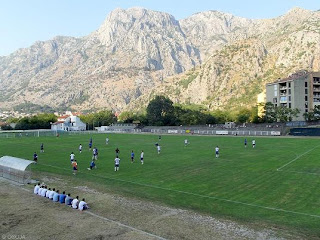 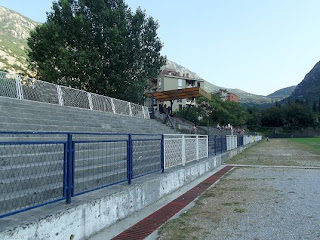 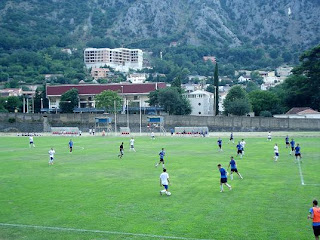 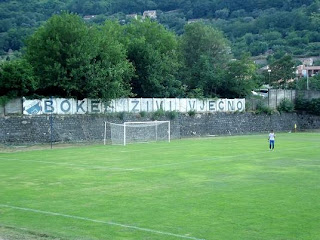