Empty stands, mud instead of grass pitches, teams of limited qualities and potential, with the sole intention not to receive a goal. Yes, that's right, begins elite football league in Serbia. You will not believe me, or you will, but I could not wait to start. Snow and rain have made a big issue for the clubs, who were preparing to open the spring season and this is not anything new. For five years in a row, the season begins at the end of February and it is always the question of whether it will be postponed or not. Gents from the Football Association introduces the requirement that each stadium from the next season must have floodlights. I think they are more needed better pitches and some roof on the stands.
The audience will not come to watch bad football and to stand in the rain, whether to play at noon or in the evening under floodlights. The fact is that the stadiums are in poor condition, regardless of what, in recent years, clubs worked to improve conditions.
The pitch in Subotica was covered with a large amount of water, and the authorities only a few seconds before the start of match made a decision to play. On desperate ground, who barely qualified for the match, in cold and rainy weather, a great match and the draw at the end. It´s raining all day, but the pitch looked, as my friends says, it´s raining all month more like.
The greater part of the first half, there was a big fight in the midfield. Better play in the finish of the first half, home team crowned with splendid goal. The second half belonged to the visitors from Uzice. They had more of the game and created chances. Guests have turned result six minutes before the end of the match, after the exclusion of domestic goalie and penalty, while the home team equalized two minutes before the end to the delight of all 250 spectators.
Yes, I did not make a mistake, rain, working day, beginning at 14am, have done their own, while football was not so bad, it was certainly excitement.
OK, the season has started, what will happen next, we will see... 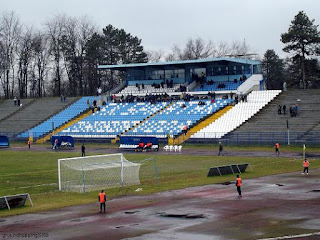 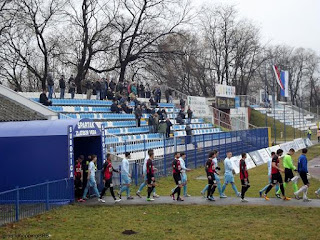 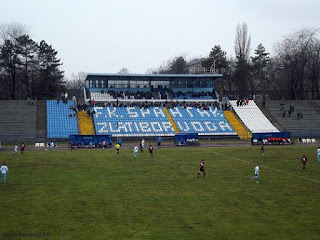 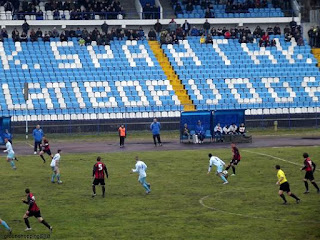 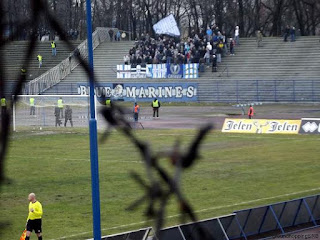