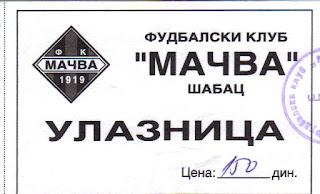 The Municipality and the city of Šabac are situated in the northern part of north-west Serbia. Šabac is a city located on the bank of the Sava River, 70 km upstream from Belgrade. By it is easy to arrive to Šabac  because the city is the traffic center of the regional interest and close to big urban centres such as Belgrade and Novi Sad. The city is in the vicinity of the Belgrade-Zagreb highway and magistral roads M19 and M21.

Mačva is football club from Šabac. The club was founded in 1919. As they say locals, back then went football ball and never stopped.  In 1929 first time manages to get into the first league. After second world war the club receives a name “Podrinje”.  Under that  name in 1951. second time will be placed in the first league, where he will be competing two seasons. Then the club returned to the old name "Mačva".  After that follow the years between the second and third league.  The biggest succes of the club is Cup seminfinals back in the 1989, which are unhappily lost to Partizan.
Mačva Stadium could be nice, a real football stadium. Stands on three sides, with no athletics track, a fence near the ground ... how could be hear is planned to renovate the stadium, setting up seats on the western and eastern stands and building of the northern. We'll see.
I am like many people today came to watch the third league (or Serbian League West group) championship derby. Second against the first. Gathered a lot of people even though the weather was disastrous. Boring rain, whole day. Šabac enjoys a mild continental climate, but today was like in rain forest. Admission was 150 dinars, which is less than 1.5€. West stands were nearly full, and in the south were the most faithful supporters. Supporters of FK Mačva are known as “Šaneri”.
Mačva football players have played draw with the best team in the league, Jedinstvo Putevi from Užice. The result was 2:2. With this result Mačva remained in second place and eventual placement in the 2nd leagues now depends on whether guests from Užice to create somewhere blunder until the end of championship. Guests took the lead at the beginning of the game, then Mačva with two effective scoring reversed the result and at the half time went with the leadership. As soon as began the second half, at the end of the first minut, guests are equalized. Finally, a group of visiting supporters who had been placed in the left part of the western stands behind the dugouts with visiting players are rejoiced. At the end they all left the stadium soaking wet, despite the bunch of umbrellas during the game 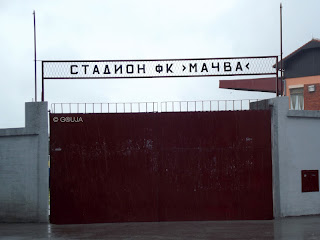 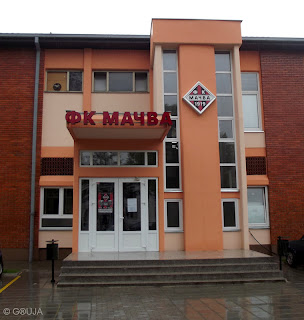 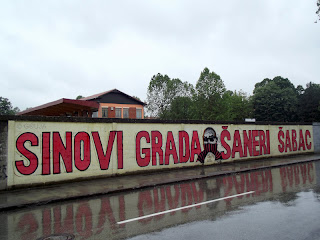 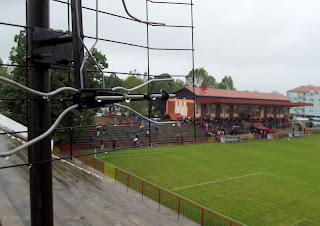 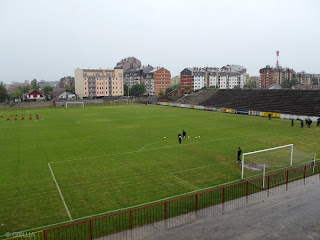 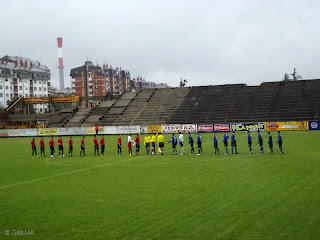 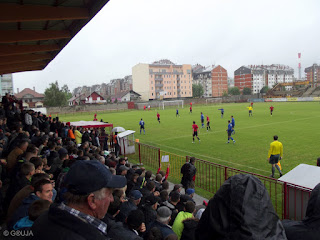 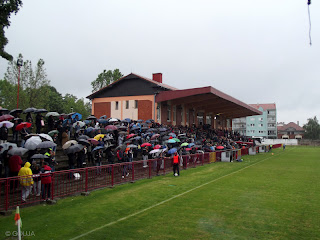 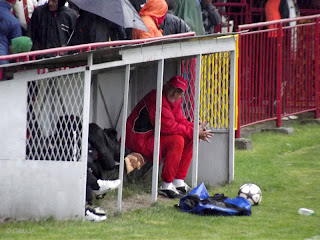 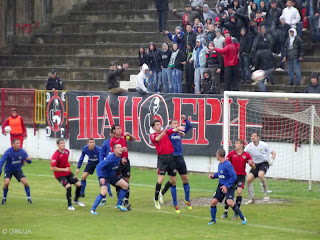 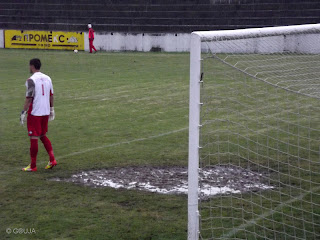 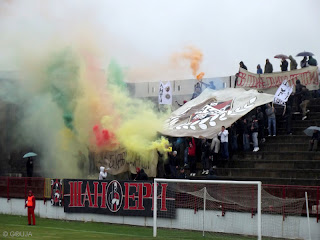 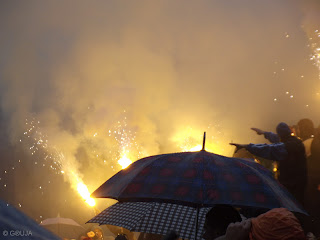 Besides the stadium Mačva is located the city stadium. I do not know for what purpose it is used or whether it is in general use, but here is a picture of his single, large stands. 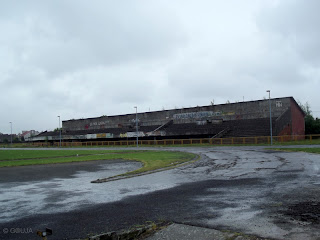